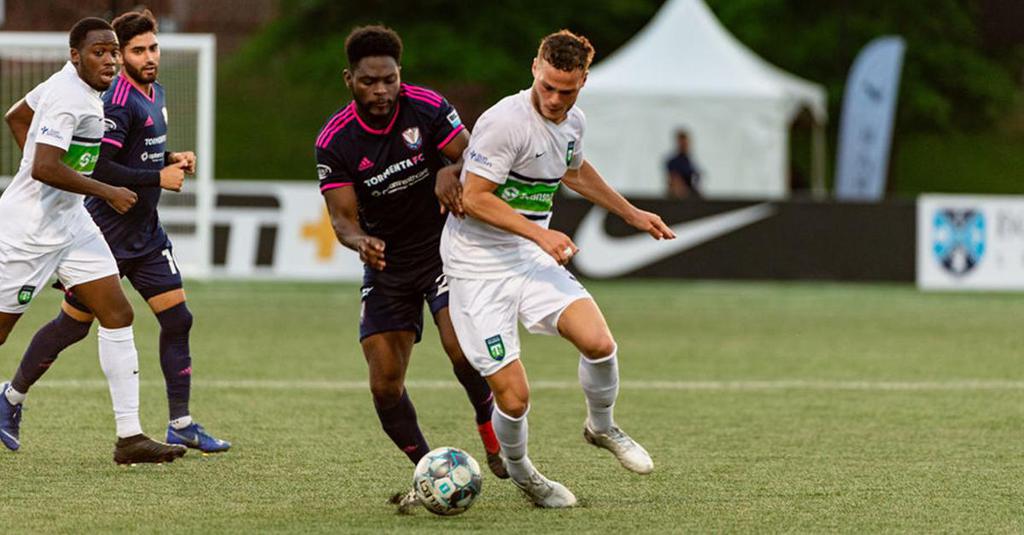 The festivities begin at 5pm in the pre-game Fan Fest, where there will be international food vendors and activities like salsa dancing! The first 1,000 fans through the gates will receive a free license plate frame courtesy of Fins Car Wash. You can find all the info on our promo schedule.

What to Watch For:

Defensive Shine: The Triumph and Tormenta FC are stapled to be two of the most disciplined back lines in the league. Tormenta boasts a league-leading 9 clean sheets while the Triumph has allowed the least amount of goals during the 2019 USL League One season (13).

Flank Play and The Final Third: The Triumph are dangerous on the flanks with players such as Seiler, Polak, Bermudez, and Mohammed. Against a disciplined defensive team, exposing the gaps to get end-line will be important for the Triumph offense as well as dangerous services into the box and away from goalkeeper, Pablo Jara. With the increased confidence of midfielders like Aaron Walker, the final third for the Triumph may also be played at a quicker pace with less hesitation to strike a quality hit from distance.

Home-Field Advantage: This is the third meeting between South Georgia and Greenville. South Georgia leads the series in league play (1-0-1), but will the rowdy Triumph fans be the 12th man needed to pull out a win and push Greenville into playoff position?