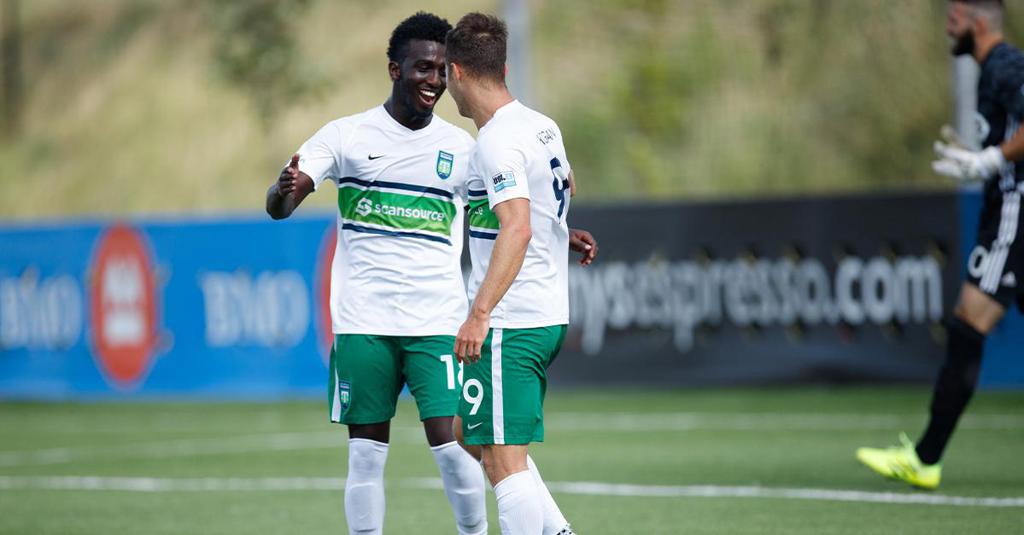 Toronto, Ont, CA - The Greenville Triumph pushed into playoff position behind a dominant offensive performance early, braving windy conditions in Toronto to claim a  3-1 victory in their first meeting with Toronto FC II.

Things started quickly for the Triumph with a goal in the 7th minute by winger Dominic Boland, who cleaned up a rebound off Omar Mohamed's strike from distance. It was the fastest score Greenville has tallied this season.

Greenville continued their assault on goal, scoring two more before the 25' minute mark that were called offsides. Jake Keegan finally broke through again for the Triumph in the 30th minute after being on the receiving end of teammate Carlos Gomez recovered the ball inside the box. Keegan is now tied for the league lead with 9 goals.

In the 33rd minute, the Triumph put a stamp on the first half after clever combination play. Defender Max Hemmings threaded a pass through the right-side gap of the Toronto defense into forward, Carlos Gomez, who slotted the ball across the face of goal to Omar Mohamed for his first goal this season.

Toronto FC opened up the second half with a goal by Ayo Akinola, who finished a Jordan Perruzza through-ball low and to the back post ending the shutout for the visiting Greenville Triumph. Despite ending the shutout, the Triumph held a comfortable two-goal lead in a conservative second half featuring a tighter defensive shape. The 3-1 victory is Greenville's third straight win.

After the game, Greenville head coach John Harkes spoke about the improvements he's seen from his team as of late. “It’s been a lot of work on the training ground and understanding our purpose to play. We knew there would be challenges playing a team for the first time so late this season. So, we wanted to encourage them to play without hesitation. I loved the way they came out today. Great energy, really great finishing. Every game we talk about bringing positive energy out of the locker room and that’s what they did.”

The team returns to Legacy Early College Field on Saturday, August 17th for Back To School Night in partnership with Greenville County Schools. The pre-game Fan Fest begins at 5:00 pm, gates open at 6:00 pm and kickoff is at 7:00 pm. Tickets can be purchased by clicking here.