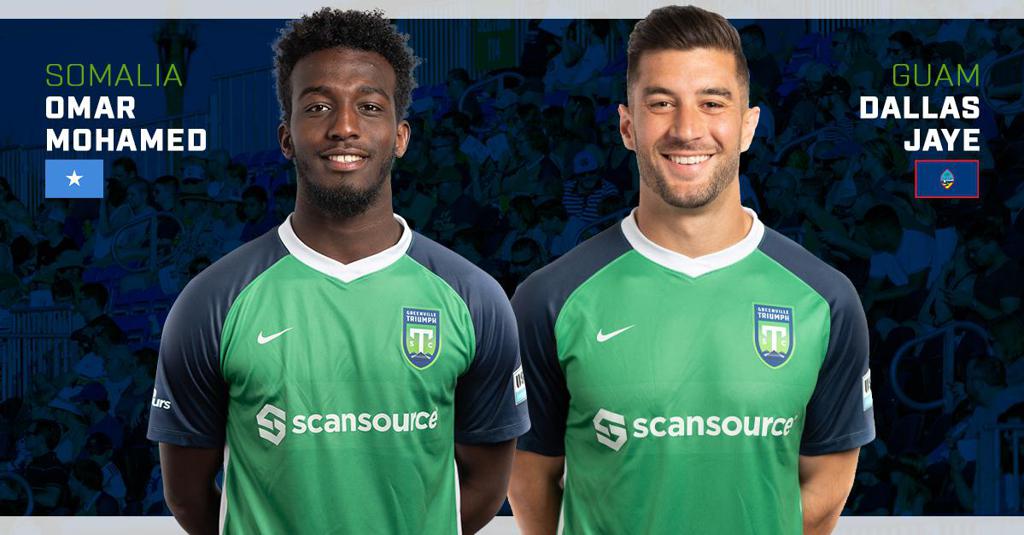 Mohamed will represent the Somalian National Team as they compete in the first round of qualifying for the 2022 FIFA World Cup in Qatar. Somalia will play two matches against Zimbabwe, the first on September 2nd in Djbouti and the return leg on September 10th in Zimbabwe. This is the first call-up for Mohamed, who has proven to be extremely dangerous on the flanks for Greenville during their inaugural season. Mohamed travels to Djbouti on Monday, August 26th, and will return to the Triumph prior to the team's September 13th match vs. FC Tucson.

Dallas Jay, USL League One's Golden Glove leader, earned his fourth international call-up for Guam as the Matao compete in the second round of the 2022 FIFA World Cup/2023 AFC Asian Cup preliminary joint qualifications. Guam will host the Maldives on September 5th and the Philippines on September 10th.

"We're very happy for Dallas getting the call-up for Guam again. He's represented their national team and our club extremely well this year, and these are big games for their club he's getting to participate in," said Coach John Harkes. "Omar has worked diligently on his craft. We've seen him put his heart and soul into every match and now he's getting recognized by Somalia. He's earned this opportunity to represent his country. So to have both of these young men as members of the Greenville Triumph, we couldn't be more proud."

Both Triumph players will return to compete in the September 13th home match against FC Tucson at 7:00pm EST.