No. 3 Greenville Drops Three in Virginia 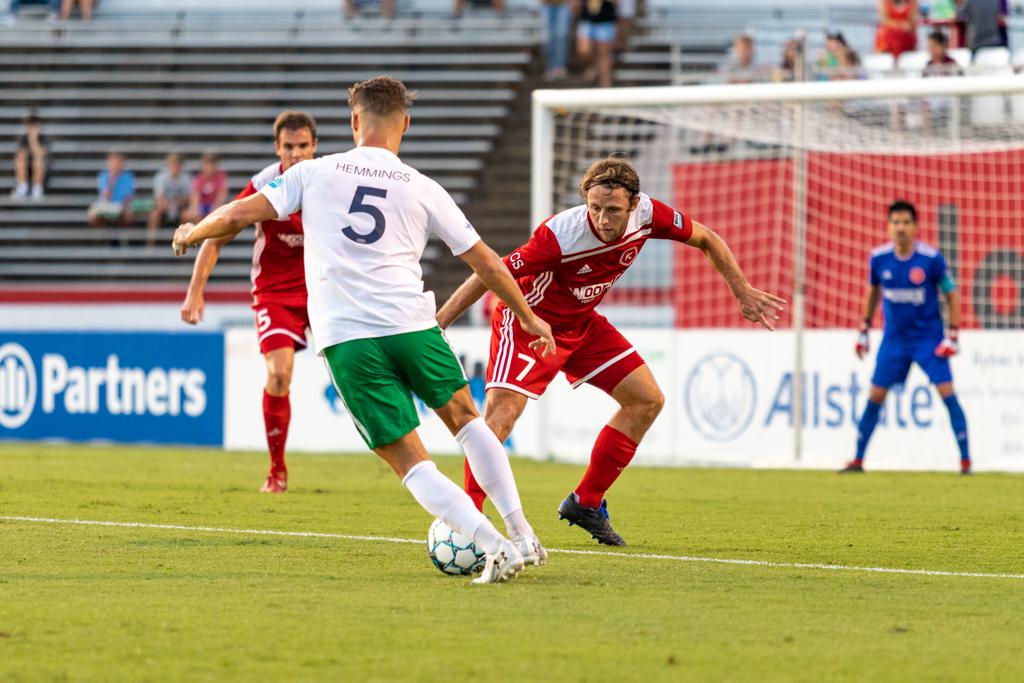 The early minutes favored the Triumph, as the No. 3 team controlled tempo and possession. Despite the strong start, Greenville missed a handful of chances to get on the board, highlighted by a goal line opportunity for newcomer JJ Donnelly in the 11th minute.

Momentum shifted suddenly during stoppage time when midfielder Carlos Gomez played the ball out for a Richmond corner kick, attempting to give Triumph goal keeper Miguel Uribe a chance to clear the ball out of the box. A simple miscommunication turned into a dangerous set play as Richmond midfielder Braeden Troyer sent a blazing header towards the back post to give the Kickers a 1-0 lead just before the half.

Despite having the majority of chances throughout the game, Greenville struggled to find its rhythm, dropping three points to Richmond and recording the club's first loss in six straight matches. Richmond has now earned 16 points in their last 7 matches.

"Richmond is a tough environment to play in, and we were unfortunate not to get an early goal," said Greenville Head Coach John Harkes. "This is what happens when you don't execute in the final third. We knew set pieces would be crucial, and we needed to have our wits about us on defense. But we fell asleep and ended up chasing the game. Now it's about the bigger picture. We have to join together as a team and figure out how to move past it."

Join us back at Legacy Early College on September 13th as Triumph SC takes on FC Tucson for Triumph Over Cancer Night presented by Bon Secours. Happy Hour begins at 5:30 pm, gates open at 6:00 pm and kickoff is at 7:00 pm. Tickets can be purchased by clicking here.