Appointments of Mims, Homonoff will aid goal of creating 'an authentic soccer experience' 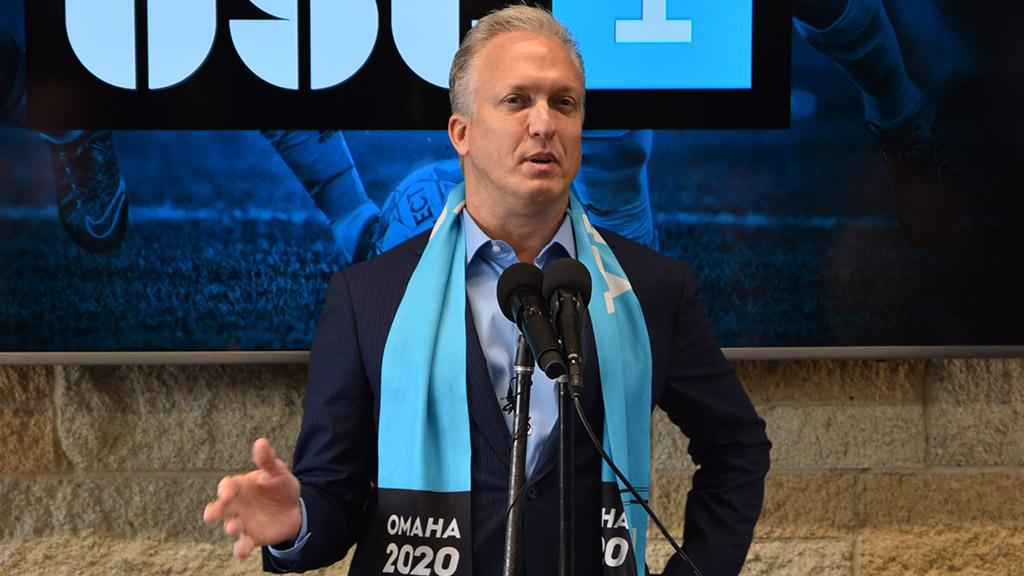 USL Omaha Principal Owner Gary Green speaks at the club's official introduction to USL League One in May, a day that had been a long time coming for the new club. | Photo courtesy USL Omaha

ORLANDO, Fla. – As USL Omaha principal owner Gary Green, accompanied by minority owner Larry Botel, took in the scene at the USL Mid-Year Meetings in downtown Orlando after a morning of meetings with his fellow USL League One owners, it brought a bigger perspective on what the new club is going to be part of when it kicks off its inaugural season next spring.

“It’s very exciting,” said Green. “We’ve been so focused internally about the team, I just came out of a meeting here and it reminded you that you’re part of something special. You’re at the beginning of a league and its inaugural year, and that was a good reminder of something additional to be excited about.”

As exciting a proposition as bringing professional soccer to Omaha, Nebraska – home to two strong college soccer programs in Creighton University and the University of Nebraska Omaha – is proving, it has also been a long time coming.

Having led the successful ownership group of the Pacific Coast League’s Omaha Storm Chasers for almost a decade, Green had been discussing the possibility of bringing professional soccer to the city with the USL for the past three years. But the arrival this year of USL League One, and the feeling within Green’s ownership group that the time was right to launch a second club alongside its baseball organization, made this the moment to make the move.

Prior to May’s official announcement, though, there had been plenty of groundwork already laid to give Omaha’s soccer community a club it will be proud to call its own. From an initial introduction to the league from Las Vegas Lights FC’s Brett Lashbrook to regular conversations with Reno 1868 FC’s Eric Edelstein and Memphis 901 FC’s leadership, both of which have become part of the USL Championship in recent years having had successful baseball clubs, Omaha’s leadership came away with a clear vision as to what it wants to be on and off the field.

“Soccer fans very clearly see through anything that’s not authentic, so the first thing we needed to do was create an authentic soccer experience,” said Green. “Although we knew the market, we needed to surround ourselves with people who are the soccer professionals, who can create the authenticity.” 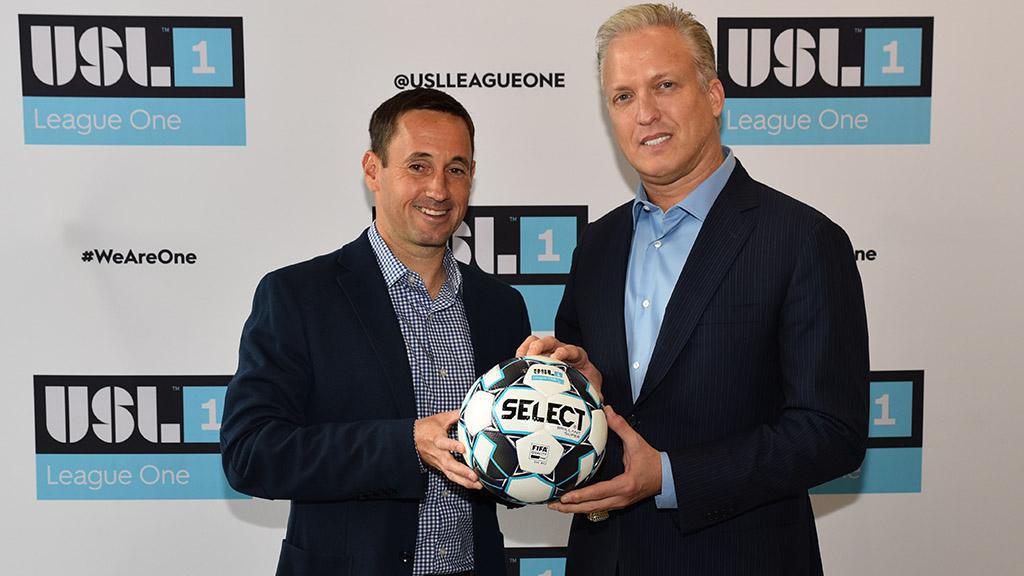 In that regard, the club’s hire of former UNO Head Coach Jason Mims to lead the team on the field couldn’t have meshed more closely with that vision. Mims has experience building a team from scratch; he was appointed the first Head Coach at UNO when it introduced its Men’s Soccer program in 2011 after spending 10 years as an assistant coach at Creighton University. Mims’ experience, which included leading the Mavericks from a fledgling program to a national ranking inside the space of five years, gave USL Omaha immediate credibility in terms of where it is aiming for its on-field product.

Add the appointment of Matt Homonoff as the club’s Chief Operating Officer after many years of success as General Manager at USL League Two’s Des Moines Menace, and the new club had two leading figures to build its front office and on-field staff around.

“It’s great,” said Green. “To have two guys from the Midwest who know the area, who understand the area and the culture of the Midwest really makes a huge difference.”

The experience and insight of Mims and Homonoff figures to be key for USL Omaha, which unlike the Storm Chasers – an affiliate of Major League Baseball’s Kansas City Royals – will be building its own squad from scratch. That’s one of the biggest differences in comparison to the Storm Chasers for Omaha’s leadership, with the Royals having overseen coaching hires and player progression on the path to the majors throughout their ownership of the baseball club.

The other big difference? While baseball fans will be engaged with the action on the field, soccer fans are to a far greater extent part of the atmosphere. Visits to various clubs, including the opening game of Memphis 901 FC’s inaugural season in March and more recently Major League Soccer’s Sporting Kansas City, offered the chance to experience the difference supporter culture in soccer brings to a venue.

As for the announcement that Omaha’s soccer community has been waiting for since the club’s launch – that of the official branding of the club – there isn’t too much longer to wait. Green said the official club crest is set to be unveiled in early this fall, with the club having collaborated with a well-known designer in the soccer sphere to create its brand.

“We’re working with Matthew Wolff, who did the LAFC brand and the Nigeria National Team brand, and we’re very excited about that,” said Green. “He’s very creative and has a great track record and we’re looking forward to presenting that.”

With the club’s identity ready to be unveiled, the next step will be building a squad to take the field at Werner Park next spring, with Mims at the helm. Entering League One in its second season, Green expects the clubs that have taken the field in its inaugural season to have a head-start when it comes to retaining a core of their squads, but he also believes that Mims’ eye for talent will give Omaha a chance to get up to speed quickly against its competition.

“Maybe we’ll be a little bit at a deficit initially,” said Green. “But Coach Mims has a winning record, Coach Mims knows what he’s doing, he knows how to recruit players, especially out of the Midwest, so I expect us to be right there with them.”

With the Storm Chasers having twice claimed the Triple-A National Championship since Green, Botel and their current ownership purchased the club, though, the goal is for success to arrive sooner rather than later.

“When we bought into the baseball franchise in Omaha, we won the national championship the first year that we owned the team, so we want to win,” said Botel. “Between Gary and Jay and their motivation to win, we’re going to do everything we possibly can to put ourselves in a position to win as soon as possible.”