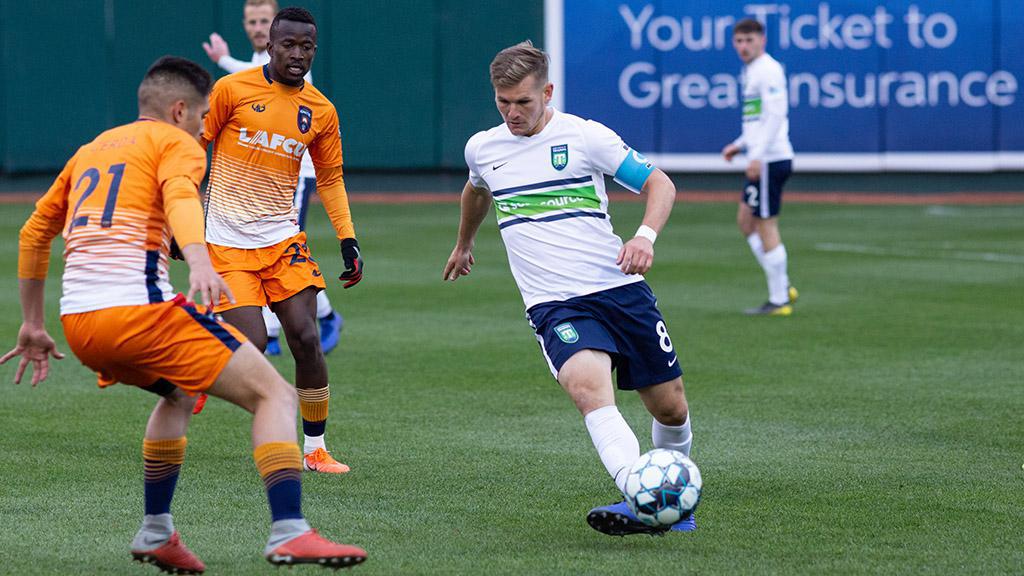 LANSING, Mich. – One of the top attacks in USL League One will face off with the league’s best defense as No. 2-seed Lansing Ignite FC plays host to No. 3 seed Greenville Triumph SC in the Semifinals of the 2019 USL League One Playoffs on Saturday night. Kickoff at Cooley Law School Stadium is scheduled for 7 p.m. ET.

@LansingIgnite recorded the second-best attacking record in League One with 49 goals in the regular season as Tumi Moshobane led the side with 10 goals and Rafael Mentzingen posted a team-high seven assists. The side is looking to rebound from only its second home defeat of the regular season, however, after falling 1-0 to Forward Madison FC last Saturday afternoon, a loss that ended a 12-game undefeated streak. Ignite FC only suffered back-to-back losses once in the regular season, however, and will be looking to respond strongly in front of its home crowd.

Lansing’s loss last Saturday opened the door for @GVLTriumph to claim the No. 2 seed, but it also suffered defeat in its final regular season contest in a 3-1 defeat to South Georgia Tormenta FC. The final scoreline was notable as it marked only the third time in the regular season that Triumph SC had conceded three goals, with its defense having been the key to earning its postseason berth. Goalkeeper Dallas Jaye recorded a league-high 13 shutouts on the way to claiming the Golden Glove award with a goals-against average of 0.78 as Greenville allowed a league-fewest 239 shots and 69 shots on goal in the regular season.

12 – Lansing Ignite FC’s 12-game undefeated streak that ended last Saturday was the longest posted by any side in League One’s inaugural season.

5 – Greenville Triumph SC took five points from its three encounters with Lansing in the regular season, going 1-0-2 and earning a 1-1 draw on May 11 in its only previous visit to Cooley Law School Stadium.