Triumph SC has closed out its inaugural season at Toyota Stadium, ending year one as USL League One Finalists 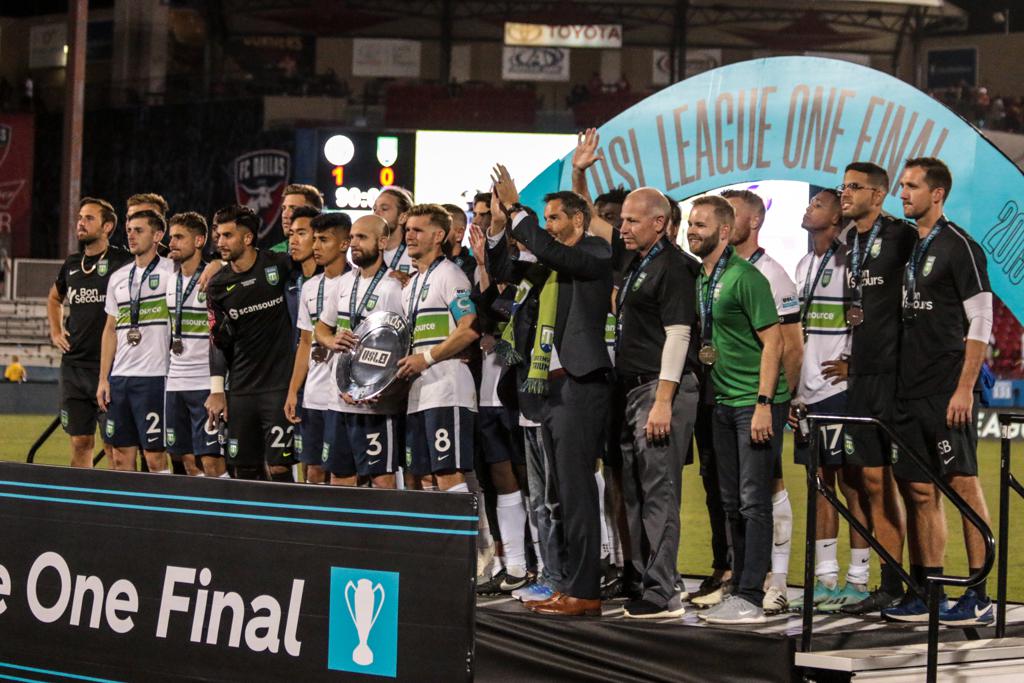 Greenville, SC -  The Greenville Triumph Soccer Club closed the books on their memorable first season, suffering a 1-0 defeat in the championship match against North Texas and officially being named the 2019 USL League One Finalists.

Despite the final score, Triumph SC brought a thrilling, fast-paced tempo into Toyota Stadium with double-digit goal-scoring opportunities recorded after 90 minutes of action. One of Greenville's best scoring chances came in the 15' minute when Chris Bermudez, positioned just inside the box, collected a great cross from Omar Mohamed and fired a strike that hit the near-post before falling into the hands into the hands of main-stay MLS goalkeeper, Kyle Zobeck.

The game would settle itself after the first 25 minutes and sent the clubs into the locker rooms tied 0-0 at the half. North Texas, able to regroup after several near-miss Greenville chances, quickly put pressure on the Triumph back line and eventually broke through when Greenville experienced a rare defensive miss clearing in the box, leading to an Arturo Rodriguez goal in the 60' minute.

Fighting from a 1-0 deficit, Triumph SC showed to be the more aggressive squad, creating quality combination sequences and an onslaught of close-range chances, though none of which were able to sneak passed the experienced Zobeck. Greenville would end up recording 18 shots and nine on goal, doubling North Texas's nine recorded shots (two on goal).

Even though they fell just short of a championship, it was an incredible run for a team that was built from scratch in less than 18 months.

“Regardless of the playoff outcome, we won this season,” said head coach John Harkes. “What we were able to accomplish as a team, a staff, and an organization, in such short time was remarkable. We feel like we’ve won not just on the field, but off of it and in the community as well. I’m so proud of the guys and we’re looking to getting forward on the field in 2020 and continuing to build this club.”

The Triumph return to the field next spring for their second season. The club plans to release 2020 season ticketing information in the coming weeks. Be on the lookout for GTSC at community events across the offseason and be sure to follow @GVLTriumph for all the latest updates from the club!