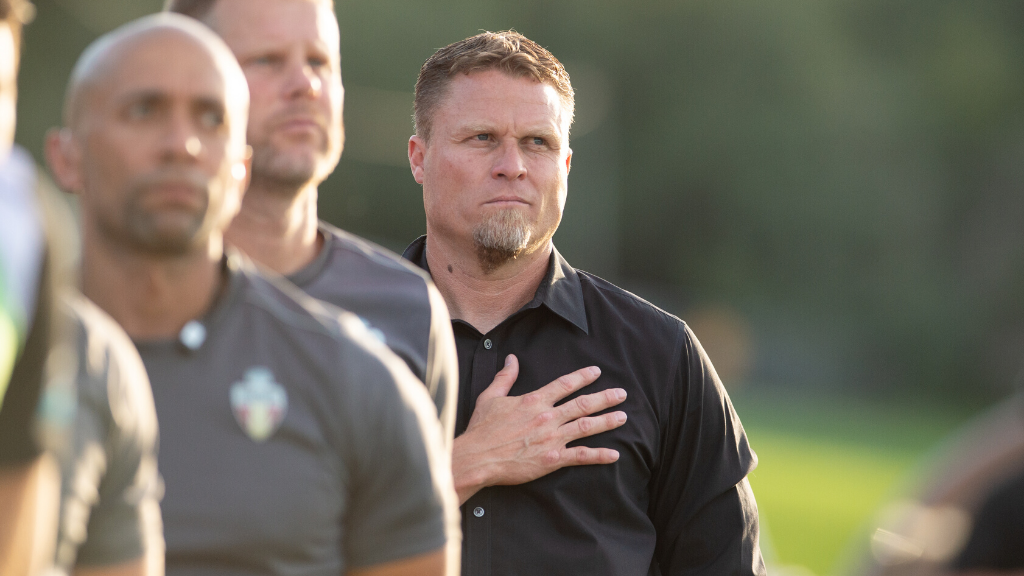 TAMPA, Fla. – The Richmond Kickers announced the appointment of Darren Sawatzky as the club’s new Sporting Director and Head Coach on Wednesday afternoon. Formerly the Head Coach at fellow League One club FC Tucson, Sawatzky will serve as the eighth head coach in the Kickers’ 27-year history.

“A clear perk is that Darren was a head coach in USL League One this season,” said Richmond Kickers President Matt Spear. “His deep experience with the Seattle Sounders is huge - especially the numerous years he ran their top quality USL League Two and Development Academy squads. He drives players to have a competitive bite and he enhances their best qualities. It helps that he played in Major League Soccer, has been a GM and that he has a deep scouting network and relationships throughout the game that will help our player recruitment..”

Sawatzky led FC Tucson, the affiliate of the USL Championship’s Phoenix Rising FC, to an 8-11-9 record in the club’s first professional season. Prior to joining Tucson, Sawatzky was a key figure in the Seattle Sounders youth system, serving as head coach of the Sounders’ League Two side and director of the Development Academy simultaneously. The Seattle native also has experience at the international level after coaching the Guam National Team in 2016 and 2017. Sawatzky holds a USSF “A” license and a French Federation Formation license.

“I am very grateful for the opportunity to lead the Richmond Kickers and work with the technical staff, the operations staff, and the ownership group here in Richmond,” said Sawatzky. “Watching the Red Army this past year showed me first-hand what this team means to this community and I can't wait to meet the fans here and be a part of this growing phenomenon. Being engaged with the fans and the community and building a winner that launches into each postseason is the goal. We are going to hunt trophies while playing entertaining soccer in 2020!”

“We are thrilled that Darren is joining the Richmond Kickers family along with his wife Ginny and kids,” said Richmond Kickers Chairman Rob Ukrop. “He has a long history of developing young, talented players and preparing them for success at the top level. More importantly, he brings an incredible work rate and an unbridled enthusiasm that we believe will lead our team back to the playoffs.”