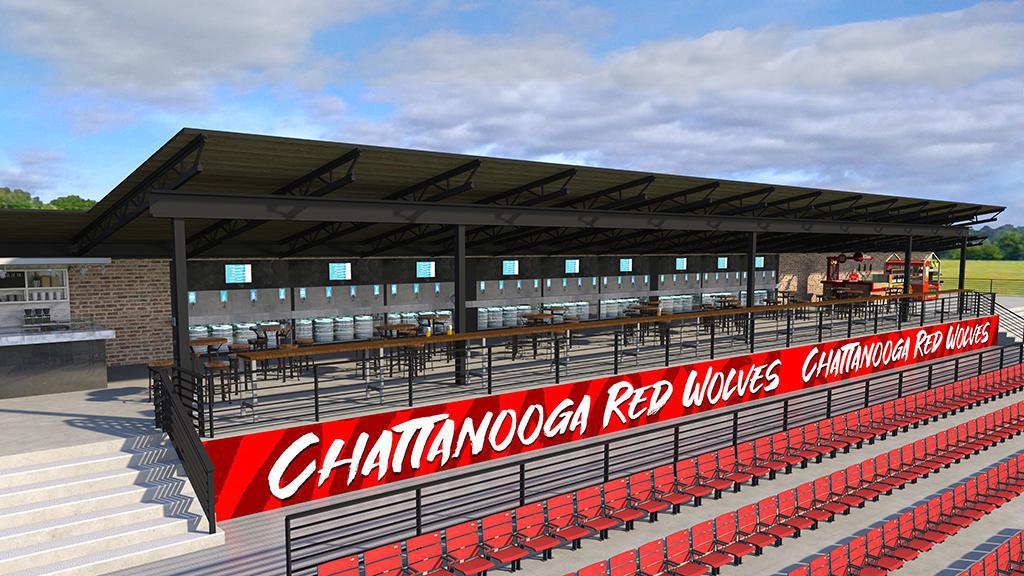 Chattanooga Red Wolves SC's new stadium will have its own beer garden adjacent to the supporters section at one end of the ground.

CHATTANOOGA, Tenn. – Ever wanted to pour your own beer before returning to your seat at a professional soccer game?

Well, that’s going to be one of the options available to fans in the beer garden at Chattanooga Red Wolves SC’s new stadium when it opens next season.

The League One club revealed an expanded range of stadium services and amenities at the $150 million development on Thursday that will include a children’s area placed next to the family seating section of the stadium, a beer garden that will sit adjacent to the supporters’ section and an executive club with VIP seating and a large social gathering space for corporate entertainment.

“We are proud to create the same professional soccer experience found in major cities in our own cities of East Ridge and Chattanooga,” said Red Wolves owner Bob Martino. “Creating this atmosphere for our soccer community is very special. From the beginning, this team has been dedicated to much more than the sport itself; we’ve been dedicated to creating a community of soccer lovers. This stadium will not only be home to the Chattanooga Red Wolves, but it will also be a gathering place for families and friends through the shared love of the beautiful game.”

The children’s area will sit at the opposite end of the stadium and include gathering space for parents to enjoy the game and socialize while remaining in immediate proximity to their children. The field-level zone will include inflatables, games and a playground. The area will also be shaded to provide relief from the heat during summer matchups.

The fully-catered executive club will include its own bar, elevated dining options, premium stadium entry, televisions and preferred parking. Executive club members will have premium game seating within the club or reserved luxury stadium seating immediately outside of the club. 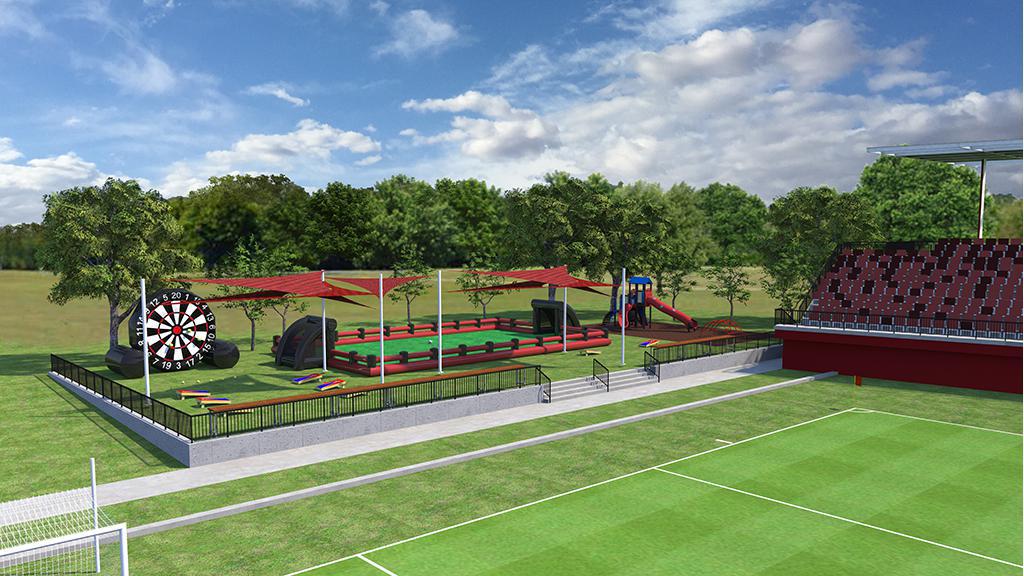 A children's area will sit next to the family section of Chattanooga Red Wolves SC's stadium. 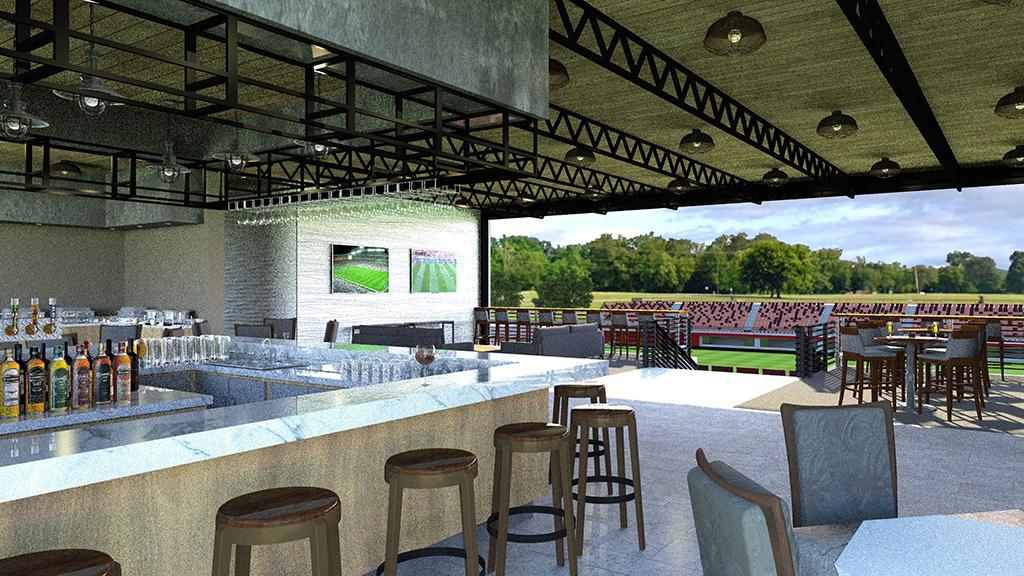 “While our vision for the stadium’s surrounding development will take time to complete, all of the elements needed for a true soccer experience will be ready to enjoy by next season,” said Red Wolves President and General Manager Sean McDaniel. “We’ll have a field, seats and players. We’ll have the heart of our club, our fans. We look forward to sharing this experience with them for many years to come.”

The overall complex is set to be built out over the next three to five years, and it is expected the property will generate between $6 to $7 million in tax revenue per year. In addition to the stadium at its heart, the complex will include housing, shops, restaurants, hotels, community gathering and event spaces and expansive green spaces and trails.

“We are in contact with several hospitality groups that are interested in being part of our soccer community,” said Martino. “We look forward to sharing more information about our potential retailers in the near future.”