New away uniform will feature names of season-ticket holders, to be revealed early next year 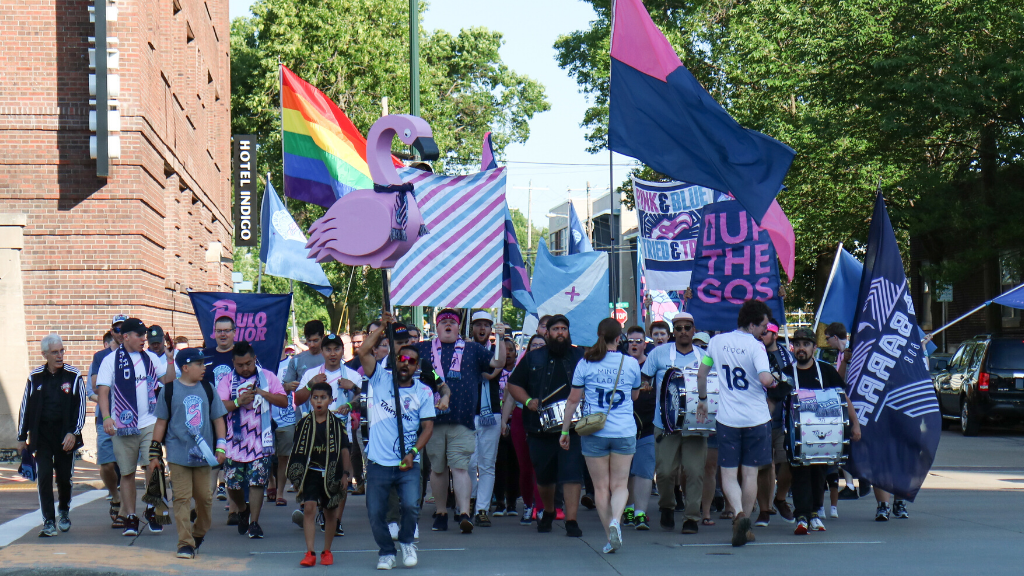 The club’s pink third jersey, in fact, is currently battling for the right to be named the best new soccer kit in the world in SiriusXMFC’s online bracket tournament.

In 2020, though, the Flamingos are letting their Flock take the lead.

FMFC announced on Wednesday the design for the club’s new away jersey for the 2020 League One season would be created by supporters group The Flock, a unique initiative that maintains the connection the club built in its local community throughout its inaugural year.

“The input of our supporters has been integral for us since day one,” said Kuba Krzyzostaniak, Forward Madison’s Director of Fan Engagement and Digital Media. “From voting on the team name to their feedback on the design of the club’s crest, the Flock have had a voice in almost every decision we’ve made. Having them design our away jersey just continues our fan-first approach to this team.”

The supporters’ design will feature fans’ names, including all season ticket holders, on the shirt itself. In this way, wherever Forward Madison FC is playing, they will have their fans with them. Five dollars from each jersey sale will benefit the Flock Soccer Foundation, which helps provide opportunities to play soccer to underserved communities.

Season ticket holders have until December 10 to renew or purchase 2020 packages for their name to be included in the jersey design. The completed design will be revealed at an as-of-yet unannounced reveal event in early 2020.

Understandably, the Flock’s leaders took to the design process with gusto.

“Playing away from home can be tough; we wanted to have design elements that remind our guys who and what they represent when they step onto the pitch, no matter where they are," said Flock Director At-Large Chris Fox.

“This is the kind of shirt you see on a rack and immediately toss in the cart,” said Flock President Andrew Schmidt. “There are nods to other great kits with some personal touches that the supporters in Madison will love.”

The shirt design process was a first for co-designer Mark Crosby, whose prior online work certainly hits the mark.

“I've always wanted to design a soccer kit, so this was a dream come true,” said Crosby. “The shirt looks really sharp and I hope everyone digs it.”