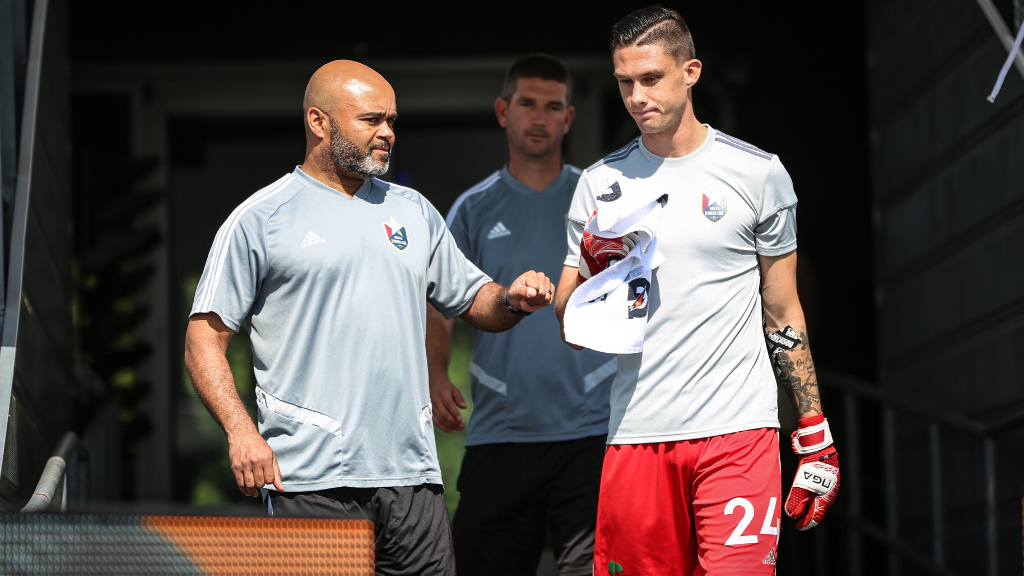 The New England Revolution have appointed Clint Peay as the inaugural head coach of Revolution II, the club announced Monday. Revolution II is set to begin play in USL League One in the 2020 season.

“I have known and worked closely with Clint for nearly 30 years, and there are few people in this game who I trust more when it comes to evaluating and developing rising young talent,” said Revolution Technical Director Curt Onalfo. “His championship pedigree as a player, combined with his wealth of experience working with the top young players in North America, make him the ideal leader for Revolution II as we work to redefine and improve our player development system.”

Peay spent the 2019 season with USL Championship club North Carolina FC, serving as an assistant under Dave Sarachan as the side earned a playoff berth. Prior to joining Sarachan in North Carolina, Peay worked on U.S. Soccer’s technical staff, managing the U-17, U-15, and U-14 boys teams at various times during his seven-year stint on the staff.

Peay also has a wealth of experience coaching at the collegiate level. The 46-year old was the Head Coach at Richmond University for four seasons from 2009-2012 and served as an assistant at Georgetown University, Davidson College, and George Mason University.

“I am very grateful to Bruce Arena, Curt Onalfo, and the entire Revolution organization for entrusting me with the great responsibility of leading Revolution II in its inaugural season,” said Peay. “I am thrilled to bring my passion for player development and competition to Foxborough, and I look forward to getting to work with the staff and players to build a competitive team for this season and beyond.”

Prior to joining the coaching ranks, Peay had an illustrious, 10-year playing career. As a member of the University of Virginia Cavaliers, Peay won four straight NCAA Division I titles under then UVA Head Coach and current New England Revolution Sporting Director and Head Coach Bruce Arena.

After finding success together at the collegiate level, Arena took Peay with him when they moved on to Major League Soccer, selecting him in the first round of the 1996 MLS Draft. Playing alongside Onlafo, Peay and D.C. United won MLS Cups in his rookie and sophomore season and added a third championship in 1999.