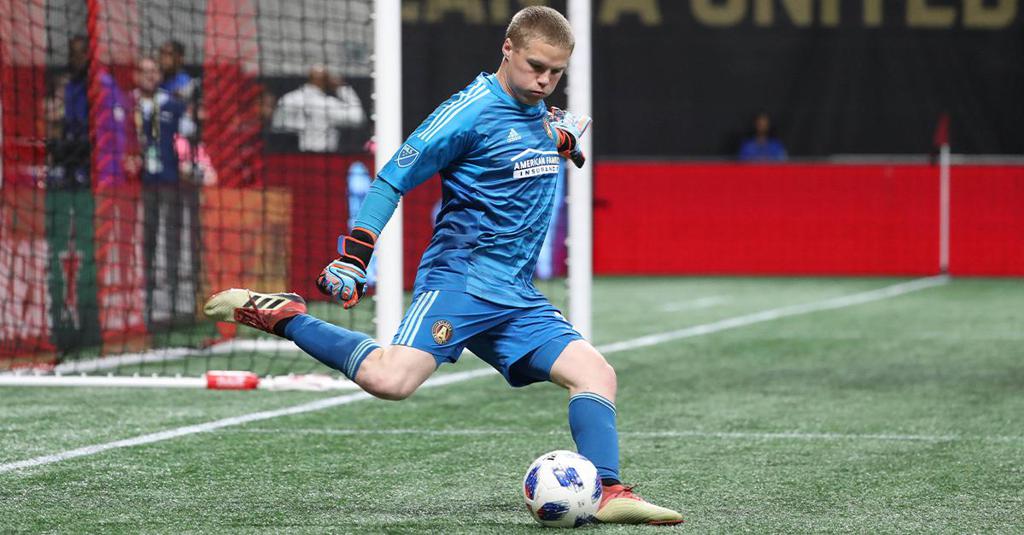 Christensen, a product of the Seattle Sounders Academy, attended the University of Portland, earning West Coast Conference Goalkeeper of the Year in his 2016 and 2017 seasons, joining the WCC All-Conference Team and becoming seventh in career saves (235) and career shutouts (20) for the conference.

"I'm excited to be joining GTSC. Last season's accomplishments show what this club is capable of, and I'm looking forward to helping the team reach our goal of the winning a Championship," said Christensen. "I can't wait to play in front of the Greenville fans this season."

Christensen was drafted in the fourth round by Atlanta United in the 2018 MLS SuperDraft and subsequently signed with the Five Stripes' USL affiliate Atlanta United 2, where he spent the 2018 and 2019 seasons. Christensen made his MLS debut on May 9th, 2018 against Sporting Kansas, replacing Brad Guzan after he was sent off with a red card.

"Paul is a solid keeper and he's hungry to be a part of what we're building in Greenville," said John Harkes. "He brings great experience to our locker room and creates healthy competition that will make our club better."

Greenville kicks off the 2020 season March 27th against the Chattanooga Red Wolves at Legacy Early College in West Greenville. Season tickets are on sale now and can be purchased by clicking here.

About Greenville Heritage: Triumph offseason roster moves are brought to you by Greenville Heritage Federal Credit Union. Higher deposit rates, lower loan rates, and cash back rewards are just a few of the ways they put money back in their members' wallets! Their first quarter loan promotion gives members the opportunity to de-stress their car payment. If they don’t save at least $50 per month by refinancing a car loan of $10,00 or more, they receive $100 cash! Click Here for full promotion details!