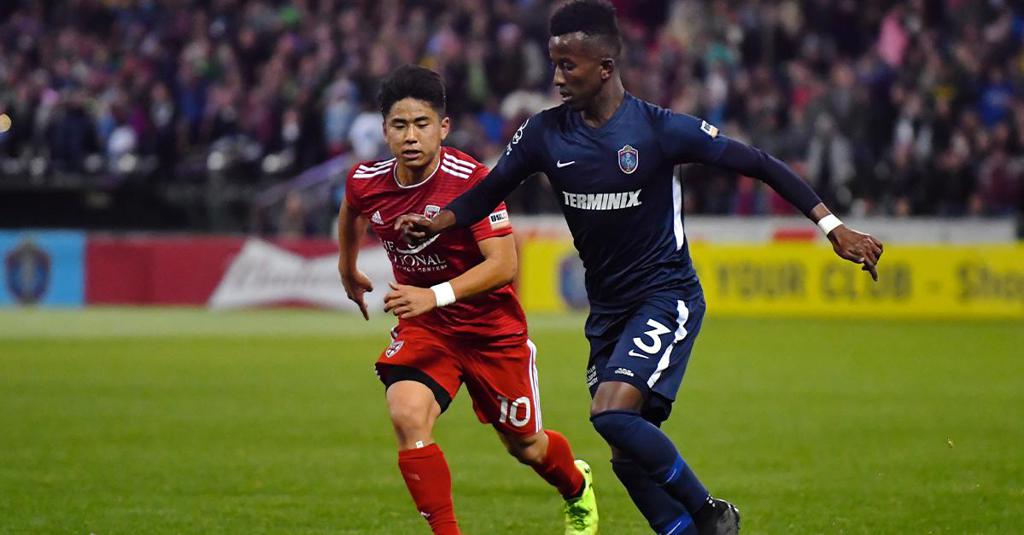 An attendee of Ohio State University, Mohamed tallied 11 goals and 11 assists across three seasons with the Buckeyes, garnering accolades such as Newcomer of the Year and Big Ten All Freshman in 2015, as well as All-Big Ten conference honors in 2016 and 2017. After transferring to the University of Akron for his final collegiate season, Mohamed led the Zips to a College Cup Final with one goal and five assists.

"With the majority of the team's core players returning and hearing the club's goals and aspirations for the season, I'm really excited to help the reach those goals in anyway I can," said Mohamed.

Mohamed comes to the Triumph from Major League Soccer's New York City FC, where he spent the 2019 season on loan to USL Championship club Memphis 901 FC. He appeared in 21 matches with Memphis, logging 14 starts.

"Abdi adds a great deal of experience with pace and technical ability," said John Harkes. "He has great confidence on the ball and the important ability to defend 1-v-1. He will fit well with our back line as we enter our second season."

Originally born in Nairobi, Kenya, Mohamed has resided in Westerville, Ohio since 2004. Signing with Greenville, Abdi joins forces with his cousin, current Triumph midfielder and Somalian international forward, Omar (Mojo) Mohamed. Both Abdi and Omar made their Somalian national team debuts for their 2020 World Cup qualifiers.

Greenville kicks off the 2020 season March 27th against the Chattanooga Red Wolves at Legacy Early College in West Greenville. Season tickets are on sale now and can be purchased by clicking here.

About Greenville Heritage: Triumph offseason roster moves are brought to you by Greenville Heritage Federal Credit Union. Higher deposit rates, lower loan rates, and cash back rewards are just a few of the ways they put money back in their members' wallets! Their first quarter loan promotion gives members the opportunity to de-stress their car payment. If they don’t save at least $50 per month by refinancing a car loan of $10,00 or more, they receive $100 cash! Click Here for full promotion details!