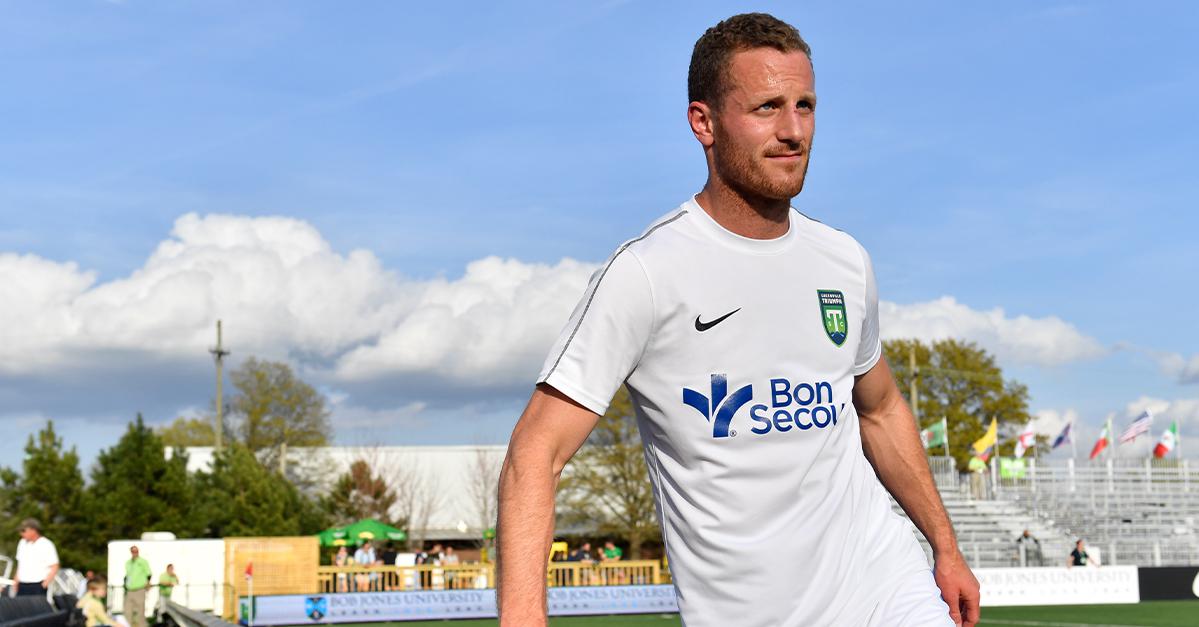 Greenville, SC – Greenville Triumph defender Cole Seiler announced his retirement from professional soccer through the team Tuesday, ending a career that saw the 26-year-old Anderson, SC native play his final season in front of familiar faces as one of the team’s veteran leaders.

Seiler, a youth player at CESA, was a four-year letter winner at Christ Church High School before signing to play collegiately at Georgetown University in Washington, D.C. He started 86 matches at Georgetown, earning a second team all-conference selection as well as multiple academic all-conference honors.

He was drafted 16th overall by Vancouver in the 2016 MLS SuperDraft and later spent time with the USL Championship’s Sacramento Republic before signing with Greenville in 2019 ahead of the club’s debut during the USL League One inaugural season.

Seiler, a versatile veteran for the new club, appeared in 30 matches for the Triumph across all competitions. He briefly spent time at midfielder, though the bulk of his minutes came from the right back position where he served as an anchor of the league’s best defense in 2019. He provided one of the club’s first signature moments, heading in a go-ahead goal in the waning minutes of the club’s inaugural U.S. Open Cup match to seal a 1-0 win. His subsequent celebration in the stands, dubbed “The Legacy Leap” by fans, highlighted the first half of the club’s inaugural season.

“It was a privilege to start and end my soccer career in the Upstate,” said Seiler. “Soccer was very good to me and allowed me to travel to many places, but it was great to be able to be back home and see familiar faces in the stands last season. The fan base and support here in Greenville rivals some of the best places I’ve played, and I want to thank the Riot and all of the fans that supported me during my time here.

I want to thank Coach Harkes for bringing me here and pushing me last season, and I’m looking forward to seeing what he continues to build in Greenville. I also want to thank the Erwin family and the entire Triumph organization. A sense of family is often talked about in the sports world, but I never felt it more genuinely than I did here. The club truly lives the mission of it not being about just soccer, and they have a great future ahead.”

“Cole was a pleasure to coach and brought a high standard to our team both on and off the field during our inaugural season,” said head coach John Harkes. “We’re wishing him all the best in his next endeavor, and we hope to continue to see him out in our community.”

The club recently signed defender Abdi Mohamed, who will be in the mix to fill Seiler’s spot as the club begins training for the 2020 season. The Triumph kick off their preseason slate this Saturday, February 15th, against the Charleston Battery of the USL Championship. The match will kick off at 3:00 pm at Legacy Early College in West Greenville and is open to fans for only $5.