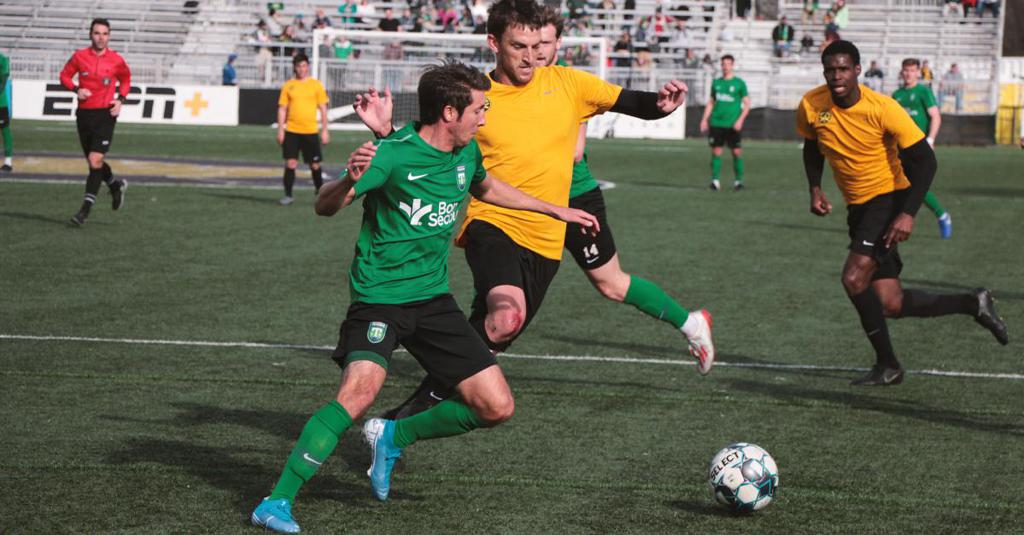 The offense showed their strengths early and often, breaking through in the third minute of action when Aaron Walker curled in a rebounded cross from newcomer Alex Morrell that was later called offside.

With the game still at 0-0, Walker wasted little time getting Triumph SC on the board, finishing a penalty kick in the 16th minute after Omar "Mojo" Mohamed was taken down on the edge of the box by the Charleston goalkeeper.

Greenville pushed to extend their 1-0 lead with decisive attacks from newcomers and veterans alike. Shortly after Greenville took the 1-0 lead, veteran forward Carlos Gomez provided a near miss when he beat the Charleston GK to a through ball, finding the left side netting in the 17th minute of action. Omar Mohamed also found pockets of space throughout the first half, connecting with trialist Lachland McLean on a slotted pass across the face of goal that resulted in another first-half save for the Charleston keeper.

The second half saw a slow in the Triumph attack as the Battery took hold of the game's momentum, holding the majority of possession on Greenville's defensive half. Triumph's solid defensive core held by center back Evan Lee, held steady as the game would finish with four minutes of stoppage time and a Triumph SC preseason victory.