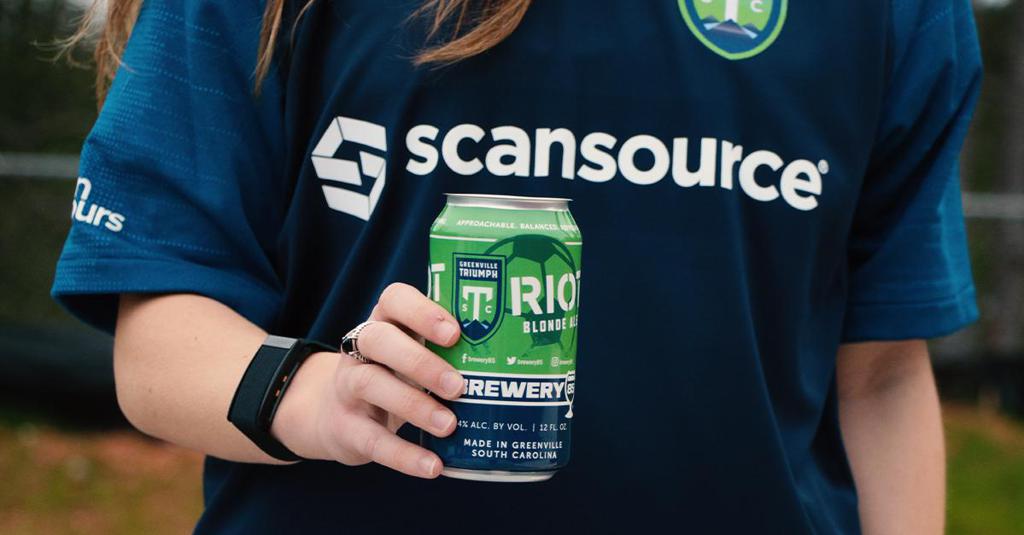 Greenville, SC - A new partnership between the Triumph and Greenville's Brewery 85 took flight Wednesday evening, as craft brewery hosted GTSC fans for a joint product launch party featuring the launch of Riot Blonde Ale, a co-branded beer made to honor the club, its fans and supporter group, the Reedy River Riot.

Brewed specifically with match day heat in mind, Brewery 85 describes the beer as "approachable, balanced and refreshing with notes of cracker, clean malt, citrus, stone fruit and white wine." Riot Blonde Ale is brewed and packaged exclusively by Brewery 85 and features a Triumph green and navy blue can that is co-branded between GTSC and Brewery 85.

Triumph staff, players and coaches were in attendance for the event, expressing their excitement for the partnership and the support received from the Upstate community ahead of their second season. "Being a first year club, you never know what to expect. Now having a brewery partnership and a third kit makes it that much more incredible," said Triumph defender Evan Lee. "It's great for us and it's great for the city, so we can't wait for year two."

An unexpected announcement followed the beer launch with Chief Brand Officer Doug Erwin and Triumph players unveiling a new third kit to be used throughout the 2020 season. The kit features a clean navy blue look with gradient blue sleeves, paired over the team's white shorts and blue socks. The kit will make its on-field debut for the U.S. Open Cup match against New Mexico United on April 7th.

With season two nearly two weeks away, Greenville Triumph Chief Branding Officer, Doug Erwin, portrayed obvious excitement to have another Greenville business worked into the club's portfolio. "They're good friends of ours, and we've wanted to do something like this for years now," said Erwin. "We're excited to give the fans a unique way to engage with our team, and the third kits came together and are going to look great on the field." 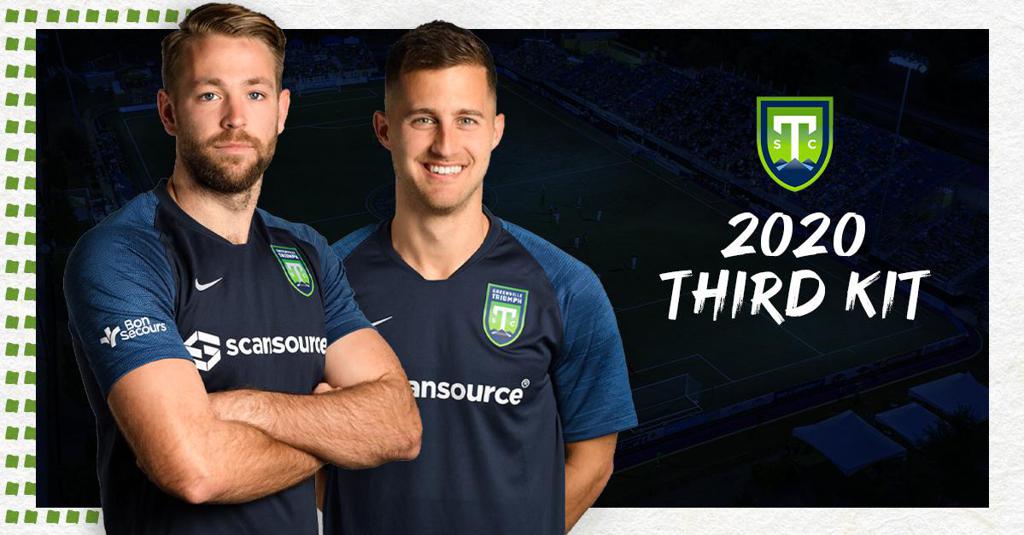 Season tickets and single match tickets are now available to purchase for the 2020 season. By purchasing season tickets, fans can receive discounts of up to 40% over single-game ticket pricing, an exclusive season ticket member gift, parking passes and merchandise discounts among many other benefits. To learn more about season tickets, click here.