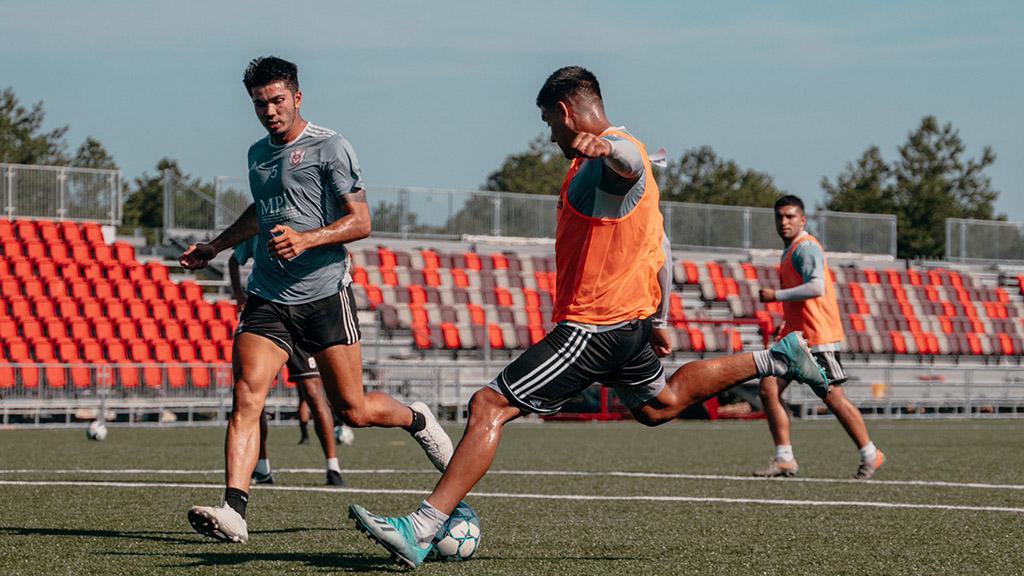 CHATTANOOGA, Tenn. – Having been on the field for Chattanooga Red Wolves SC’s first game in club history, goalkeeper Alex Mangels has been a witness to a club built from the ground up.

More recently, he and his teammates have also been witnesses to the arrival of its new home.

“For a few weeks we’ve seen the pieces come together around us while we’ve been training, which has been pretty cool,” Mangels said this week. “You can see day-to-day that there’s been progress made, then after a day off or two then when we come back we’re like, ‘Oh, things are a little bit different.’ It’s been cool to watch it take shape right before our eyes.”

CHI Memorial Stadium will officially host its first USL League One contest this Saturday when the Red Wolves play host to FC Tucson at 4 p.m. CT. The venue, part of a larger mixed-used development that will continue to grow in the coming months, will become the hub for the Red Wolves organization, and already the players are excited for what it will offer in terms of atmosphere and for fans in attendance.

“It’s great, it’s like a little European stadium,” said midfielder Amirgy Pineda. “The stands are close by the field, you’ll be able to feel the fans’ energy a lot more than last year, so even in training, the environment we’re in, how the stadium’s coming along, it’s great.”

The players’ excitement to play in their new home has been matched by the fans’ eagerness to see the Red Wolves in action again. According to Mangels, a few fans made the trip to the club’s season-opener against South Georgia Tormenta FC last weekend, and season tickets have been selling briskly ahead of CHI Memorial Stadium’s opening. 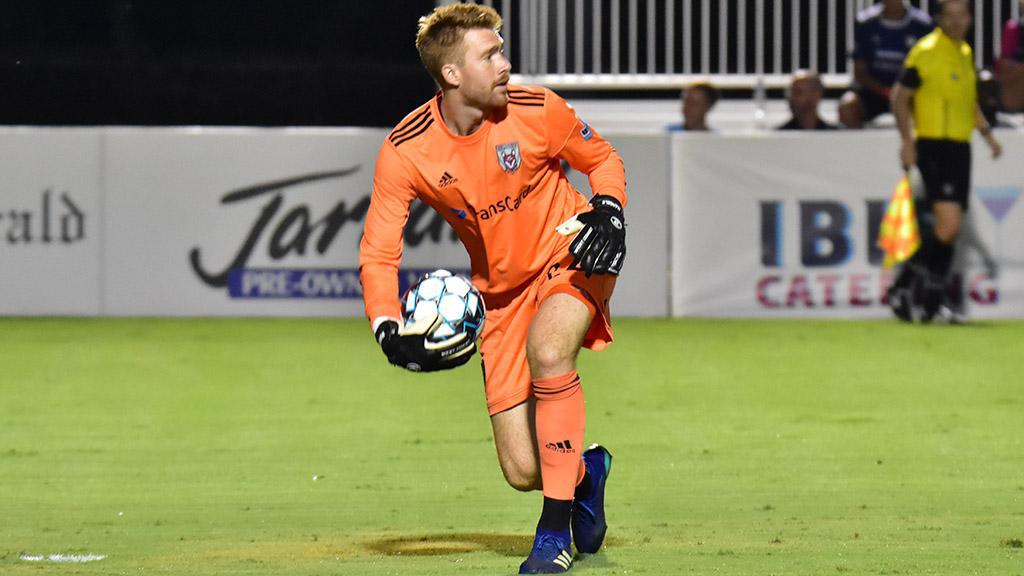 Chattanooga Red Wolves SC goalkeeper Alex Mangels has been part of the club since its first game in 2019 and is excited for what the opening of CHI Memorial Stadium will mean. | Photo courtesy South Georgia Tormenta FC

Mangels believes that’s a testament to the way the Red Wolves have built their organization within the community. Not only does the club have its men’s professional squad, but the it has also established a women’s team, two squads in League Two in Dalton, Ga. and Park City, Utah as well as academy programs that will serve as the pipeline for future players at the higher levels.

The investment into not only the infrastructure that the Red Wolves have built, but into the playing side has been central to building grassroots soccer in the region.

“They’re not overlooking any piece of it,” said Mangels. “They want a hand in everything, and I think that goes a long way to building a brand and building a culture around the club. I think the vision that they’ve had to have a women’s team, to have League Two and have it be a hub for soccer here in Chattanooga is awesome to see.

“Being able to produce your own players and have them go from your youngest Academy group all the way through to the First Team, that should be the goal of every club.”

As a team that has its sights firmly set on being part of the USL League One Final at the end of its second season, Pineda believes the progression the club continues to show is a serious motivator for the players.

The Red Wolves had one of the best home records in League One a season ago, losing only once in the regular season to eventual champion North Texas SC. The team is aiming to carry the aura it had on its home turf to CHI Memorial Stadium, where success game-in and game-out will be a crucial element in their bid to play in this year’s final.

Starting out with the right result in the first game at their new home would be a very big step in the right direction.

“Hopefully, three points. I think that’s what everyone in the club is looking forward to,” said Mangels about the expectations for Saturday. “Obviously, we’ve been away for a while and had a taste down in Statesboro the other day, and what meant a lot was we had a handful of fans that made the trip down and came and supported us. Just to be able to do that in front of them at home again, albeit in a limited capacity, to play in front of the fans at home will be pretty great, and I’m looking forward to it greatly.”