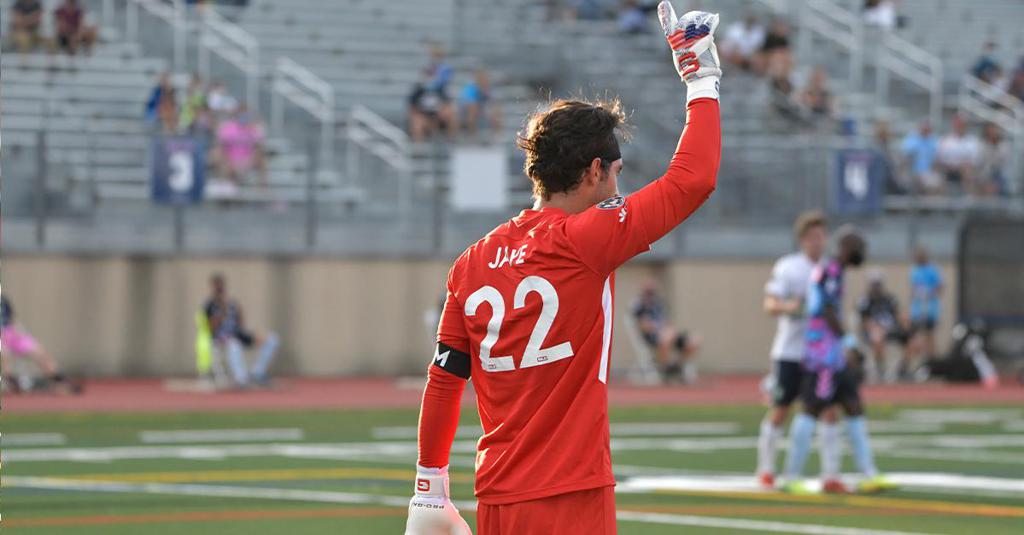 WAUWATOSA, WI - In keeping with the low-scoring theme of their 2019 contests, the first match between Forward Madison and the Greenville Triumph Soccer Club was played to a 0-0 draw on Friday night at Madison's home-away-from-home stadium in Wuawatosa, Wisconsin. Despite a lack of substitutions available for Greenville during their second away match, the club remained undefeated in the 2020 season while Madison will continue to search for their first positive result.

Tonight was the second road match for the Triumph, but it marked the first match they played in front of fans since the club's exhibitions back in March. The limited-capacity stadium did not seem to provide the energy to either side, as both teams struggled to create quality opportunities throughout the night. Greenville and Madison tallied seven and six shots, respectively, throughout the first half with the best scoring opportunity going to Greenville after a goalkeeping mistake that earned the Triumph an indirect free-kick inside the 18-yard box.

The match, full of half-chances, was capped off for Greenville at the 62' minute mark when Jake Keegan attempted to catch Forward Madison's goalkeeper, Philipp Marceta, off his line from around forty yards out with the shot sailing just high of the crossbar. As the game continued to open up, the Triumph defense held stable, highlighted by a well-defended Flamingo breakaway in the 73rd minute of action that marked the most promising opportunity of the night for Madison. The Flamingos struggled to put together quality efforts, as Dallas Jaye had a quiet night without a shot on goal to defend.

With five minutes of stoppage time added, Greenville tallied two final goal-scoring opportunities in the 93rd and 95th minute, both of which were created from dangerous Alex Morrell services into the box followed by near-miss headers and volleys from multiple Triumph attackers. After 90+ minutes of action, and despite 15 recorded shots and seven corner kicks taken for Greenville, Conor Tobin and the Forward Madison Flamingos held the league leaders to a scoreless match with a point to share.

GTSC returns to Legacy Early College Field for a three-match homestand beginning Wednesday, August 5th against South Georgia Tormenta. The match will be closed to fans but available to watch on the ESPN+ platform.