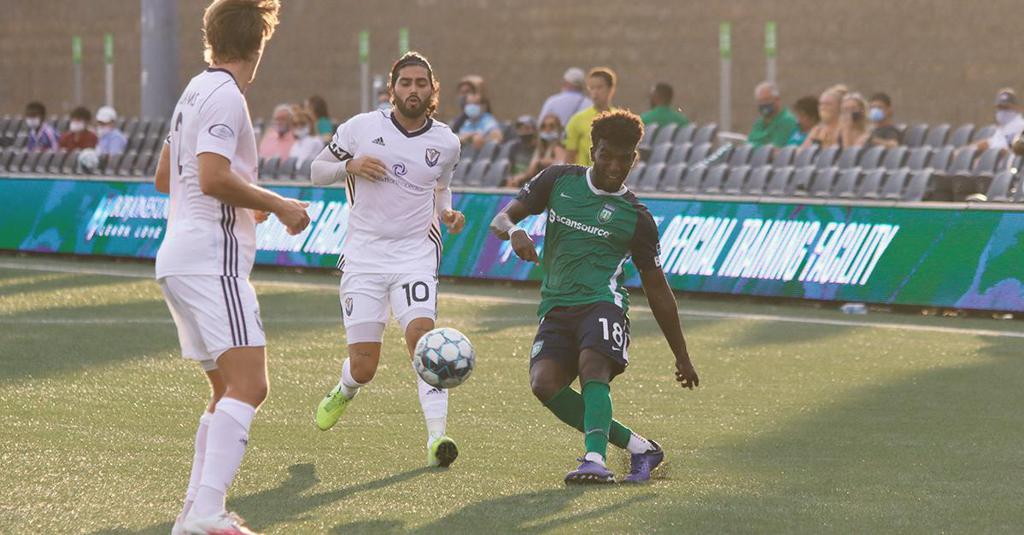 GREENVILLE, SC - A match played at full speed through the entire 90+ minutes ended in a 1-0 Triumph victory, as JJ Donnelly netted his first professional goal in the 91st minute of action. Tonight's dominating and gritty performance sealed Greenville another week at the top of the table with 10 points to date.

The exciting mid-week match began at full energy as both clubs fought for a score for 60+ minutes under intense heat and pressure. Greenville entered tonight's match as the No. 1 ranked squad in the league following a 0-0 tie at Forward Madison while Tormenta stepped onto the field as the No. 2 team following a win just four days ago against Orlando City B.

Despite both clubs dealing with fatigue due to a shortened rest period, the match was played at an energetic pace with Greenville having the run of possession, set pieces and looks at goal. With energy filling the game throughout the second half, both teams found an unwanted knock of the crossbar as Noah Pilato hit a screamer off the top post in the 70th minute of action, with Tormenta following shortly after with a near miss of their own that just nicked the back post.

The pace picked up late in the match, with Dallas Jaye making an incredible 1-v-1 save in the 89th minute. Greenville immediately capitalized on the momentum, as former Tormenta 2 player JJ Donnelly scored his first professional goal to give the Triumph a 1-0 lead. Backed by another Jaye save, the club held on for a 1-0 victory.

With the win, the Triumph are offering 15% off all purchases with code SCORE on the online store through tomorrow (excludes mystery boxes and game-worn jerseys). Greenville returns to action next Saturday, August 15th, as they take on the Chattanooga Red Wolves at 7:00 PM. The match will mark the first local broadcast for the Triumph, as it will be aired across the Upstate on The CW.