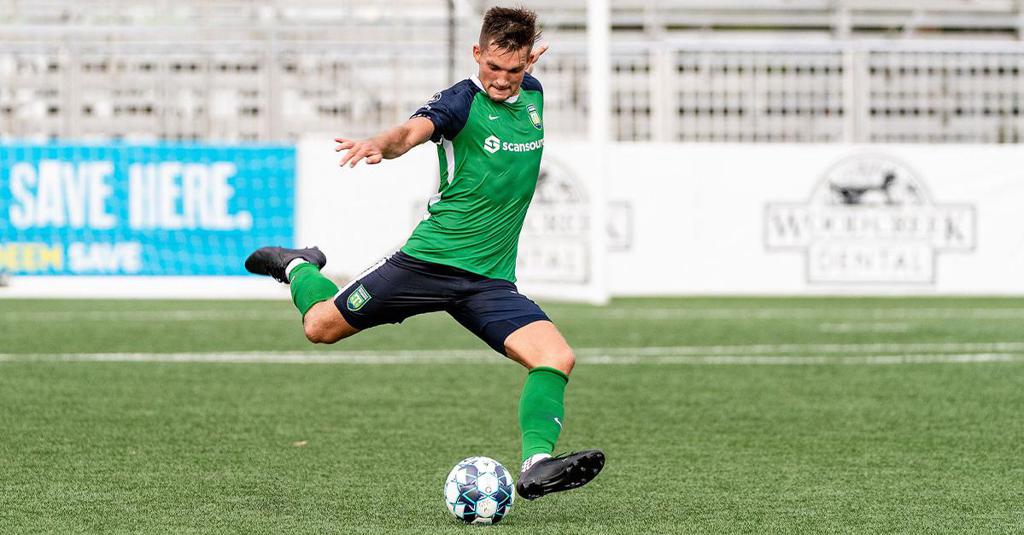 GREENVILLE, SC - After a week of exciting announcements surrounding the Greenville Triumph organization, the Upstate side will look to prove it once more with their second straight victory at home, facing off the No. 3 ranked Chattanooga Red Wolves this Saturday at 7:00 PM, presented by Bridge City Coffee. Both clubs remain undefeated through the first quarter of the season, with Chattanooga showing a 1W-0L-2D record (5 points) and Greenville resting safely at the top spot with an impressive 3W-0L-1D resume (10 points).

Earlier this week, the club announced it would welcome fans back in a limited capacity for the remainder of the 2020 season starting this Saturday, August 15. Shortly after, the 2019 Goalkeeper of the Year and Triumph SC veteran, Dallas Jaye, made his 2020 debut on League One's Team of the Week. Just two days later, John Harkes, a 2019 Coach of the Year Finalist, was named by the League One Technical Committee as the July Coach of the Month with standout forward Jake Keegan following suit, being named July's Player of the Month the following day (3G/4GP).

The Red Wolves are set to be the toughest test for Greenville so far, with Chattanooga's Greg Hurst scoring four goals through the first three matches. Hurst, a fast-paced Scottish striker, saw limited time with the Red Wolves last year and didn't show consistently when he was on the pitch. Not the case this season. His ability to exploit space in behind the backline paired with a very good Chattanooga midfield could prove dangerous for any set of defenders should the game begin to be mismanaged. With too much time and space, the Chattanooga midfielders, including veteran Ualefi and Team of the Week member Josue Soto, can wreak havoc on any team in the league.

Chattanooga was scheduled to play on Wednesday but the match was postponed due to weather. If that match had been played, Chattanooga would come into Saturday gearing to play their third match of the week after going on the road to face North Texas just one week ago. Instead, Greenville can expect a much fresher Chattanooga squad who walked away from Globe Life Park last Saturday and split a point with the 2019 champions.

WHAT TO WATCH FOR

Midfield Presence: In any match, midfield presence is key. Most often tasked with setting the pace and tempo of the game, central midfield players have the opportunity to be the game-changing components. This match will only amplify that responsibility. For Greenville, the game-changing components go by the name of Noah Pilato, Aaron Walker and Carlos Gomez. Walker and Pilato have already established Greenville as one of the most tactical and dominating midfields in the league - setting tempo, changing the point of attack, stepping to win early. They will also be the key to making sure Chattanooga doesn't get too much time or space on the ball, keeping the long ball at bay and making the Red Wolves figure out another way to involve Hurst. While Carlos Gomez has been relatively quiet thus far, look for the Spanish attacker to make delayed runs into the attack, exploiting gaps that only he has the viewpoint to see. Pattern play at its finest.

The GK: As of late, we've seen the Triumph backline push further up the field to condense the space and keep the game tight. Chattanooga has a very good ability to exploit and deliver dangerous balls in the gaps for Hurst to run onto. If the Greenville defense continues to push forward, goalkeeper Dallas Jaye will need to be prepared for a big game (which he always seems to be). And not necessarily a big game between the sticks, but more so being prepared to step off his line early and often to make the space Chattanooga has to deliver the long ball very, very slim.

Energy!!!: As mentioned above, the Triumph are welcoming fans back to Legacy this Saturday for the first time in 2020. Undoubtedly, with people in the stands, the energy can only increase for the top-ranked club. Pair that energy with over a week of rest, a turf field and another undefeated matchup, and we are bound to be treated to a fast-paced and exciting night of soccer.

Southern Culture Hospitality Group is now an official partner of the Greenville Triumph! Head to Habitap to watch Triumph matches on their big screen get half off your first beer by wearing your Triumph gear! Getting take-out? LTO is offering a match day curbside pick-up discount…10% off with online code “Triumph”.

Item of the Week: Save $8 on our Triumph Badge Trucker Adjustable Hat, this week only in the online store. Shop now!

Fans are returning to Legacy for the first time in 2020 this Saturday, and to ensure the safest environment possible, the Greenville Triumph Soccer Club has implemented a number of new policies. Purchase your tickets here!

In addition to welcoming fans back, the club announced earlier this month that it would make its debut on local television in partnership with WSPA and WYCW. Fans across the Upstate can watch the Saturday home match on Channel 62, Spectrum 9 and 709, Chesnee Communications 7 and 709 and YouTube TV Channel 162. For more information, click here.