Triumph Bite Wolves, Widen Lead at Top of the Table 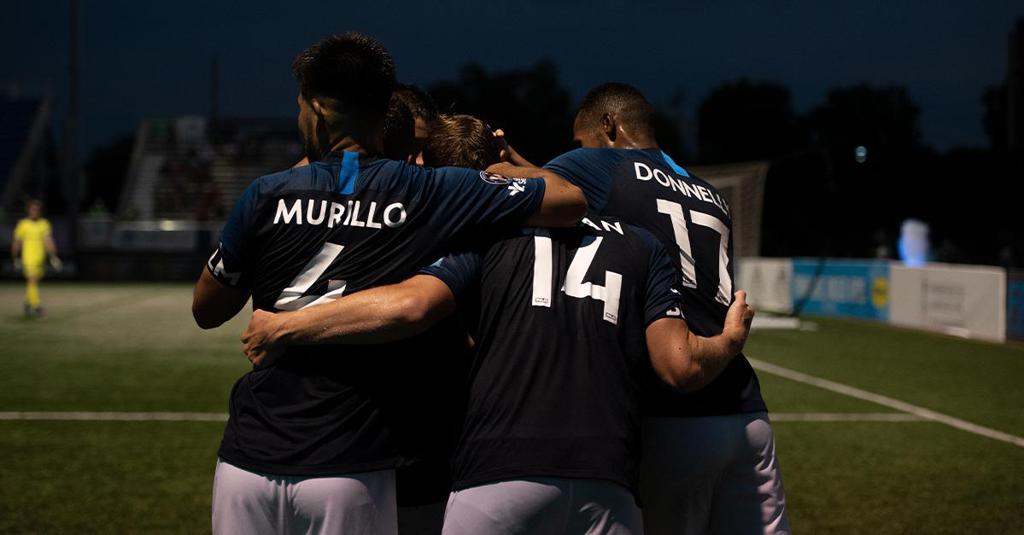 GREENVILLE, SC - The Greenville Triumph remained undefeated through Week 4 of USL League One competition with a 1-0 victory over the Chattanooga Red Wolves after a second-half goal off the foot of Australian striker, Lachlan McLean. Second half goals have become a consistent theme throughout the season, but this goal had quite a different feel to it as GTSC welcomed fans back to Legacy for the first time in the 2020 season.

The Red Wolves came out of the gates strong, exerting a tremendous amount of pressure on the league leaders. High pressure is not new to the Triumph, who have faced high pressure opponents more often than not. Chattanooga, however, executed its aggression in the most collected and uniformed approach Greenville has faced thus far, which led to an unsettled Triumph side through the first 45 minutes of action. Despite the amount of Chattanooga chances, both teams headed to the locker rooms knotted 0-0.

Greenville's momentum built quickly throughout the second half after a halftime formation change and a few substitutions for the Harkes-led side allowed theTriumph to sift their way through the Chattanooga midfielders. Flanks opened up down the left side for winger Alex Morrell, whose energy has been undeniable through the first five matches. After missing a chance wide in the 65th minute, Morrell found space in behind the Chattanooga defense yet again and connected with newcomer Lachlan McLean for the lone goal of the night and the Aussie's first career goal.

The 1-0 victory keeps Greenville atop the leaderboard for another week with 13 total points and a dominating 4W-0L-1D record.