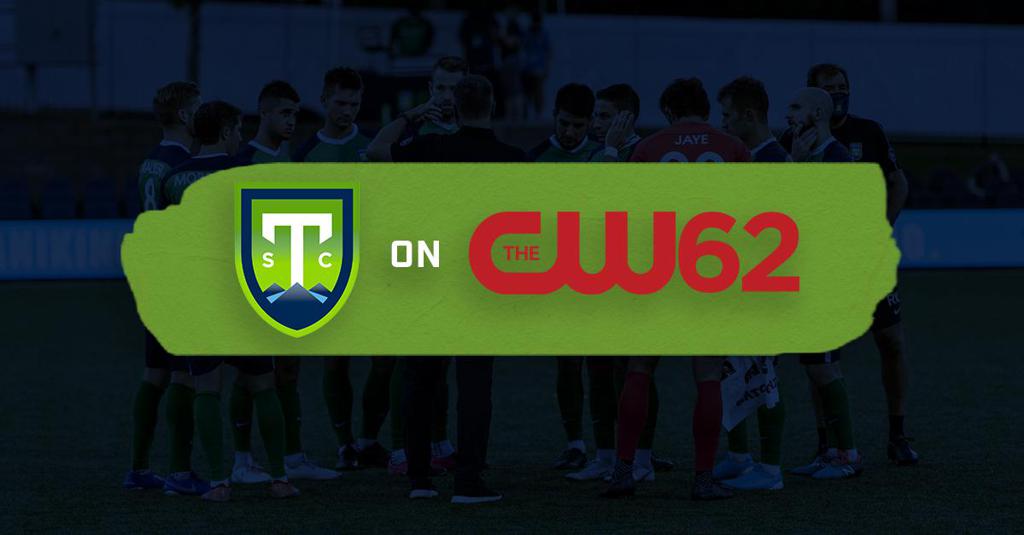 Greenville, SC - Following a victorious debut on local TV last Saturday, the Greenville Triumph and WSPA/WYCW have extended their local broadcast agreement, with six additional matches set to be aired on The CW62 as the league-leading Triumph continue their 2020 season. The extended deal begins this Saturday, with The CW airing the club's home match against Fort Lauderdale CF.

“The community response to the Greenville Triumph playing live on The CW62 has been overwhelming," said WSPA/WYCW vice president & general manager Kenny Lawrence. "In their first televised game, the Triumph were able to reach over 20,000 households in the Greenville/Spartanburg viewing area. We look forward to bringing six more professional soccer matches to our viewers and we wish the Triumph continued success this season.”

The Triumph welcomed fans back in a limited capacity last week, but the importance of having a local alternative remained important for the club for those fans and supporters not yet ready to return in person.

“Today’s news of an expanded offering of Triumph games viewable locally on WYCW 62 is a great sign of progress for Triumph – and also for soccer fans throughout the upstate," said Triumph chairman Joe Erwin. "It is a privilege to work with the terrific professionals at WSPA/WYCW.”

Earlier this season, Greenville joined Forward Madison and the Richmond Kickers as USL League One clubs with local broadcast deals. All Triumph matches continue to be available nationwide via streaming on ESPN+ and internationally on YouTube.

Triumph on The CW 62 Schedule:

About WSPA and WYCW– Nexstar

WSPA and WYCW are leading television stations in the Spartanburg-Greenville-Asheville-Anderson, South Carolina television market, owned and operated by Nexstar Broadcasting, a wholly owned subsidiary of Nexstar Media Group (NASDAQ: NXST). Nexstar is the nation’s largest operator of local television stations and a leading diversified media company that leverages localism to bring new services and value to consumers and advertisers through its broadcasting, digital and mobile media platforms. WSPA is affiliated with the CBS network and WYCW is affiliated with the CW Network.