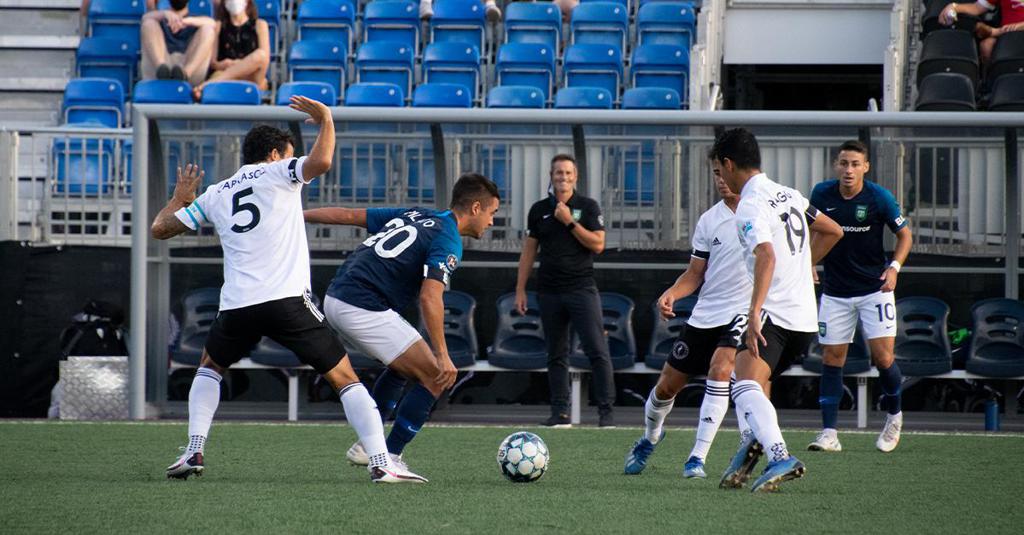 GREENVILLE, SC - It was another successful night in the Upstate, as Greenville defeated Fort Lauderdale CF after midfielder Noah Pilato added his name to the scorecard for the first time this season in a 1-0 victory. The win earned the club yet another three points (16) and lengthened their undefeated streak to six.

Fort Lauderdale came into the rematch after a big 3-2 victory over 2019 League Champions, North Texas SC. A club that has not lost in its last three matches entered into Legacy with a dynamic energy and a pacey attack. And though the young Florida side saw a few opportunities early, it was the veteran Greenville Triumph that was ultimately able to find the momentum with strong defense, deft attacks and minimal touches to open up shot opportunities.

The club saw its first dangerous chance on goal when Tyler Polak tucked a ball through to Aaron Walker, leading to a shot that brushed just wide of the right goal post. Opportunities continued to open up for Greenville through the plethora of corner kicks taken throughout the first half, the last of which saw an Abdi Mohamed strike deflected to the side netting and sent the teams into the locker room at 0-0.

Only one game thus far has Greenville held a lead at halftime, but that certainly hasn't stopped Harkes' well-coached side from coming away with a victory. Tonight was no different as the Triumph came out with new life quickly into the second half. It was the 11th set piece of the night for Greenville that saw a conversion, when newcomer and former USL Championship player Noah Pilato hit a screamer of a volley off the crossbar and into the back of the Fort Lauderdale net.

Greenville went up 1-0 with 23 minutes to play and relied on their veteran defense to hold strong through the rest of the half, led by Dallas Jaye, who made several saves to preserve the Triumph lead through five minutes of stoppage time.

Tonight's victory marks the 9th 1-0 win in club history out of the Triumph's 18 total wins through the past two seasons. The undefeated Greenville Triumph hit the road for the next three matches, traveling to New England for a mid-week match on the 26th, followed by a rematch at Richmond on the 29th.