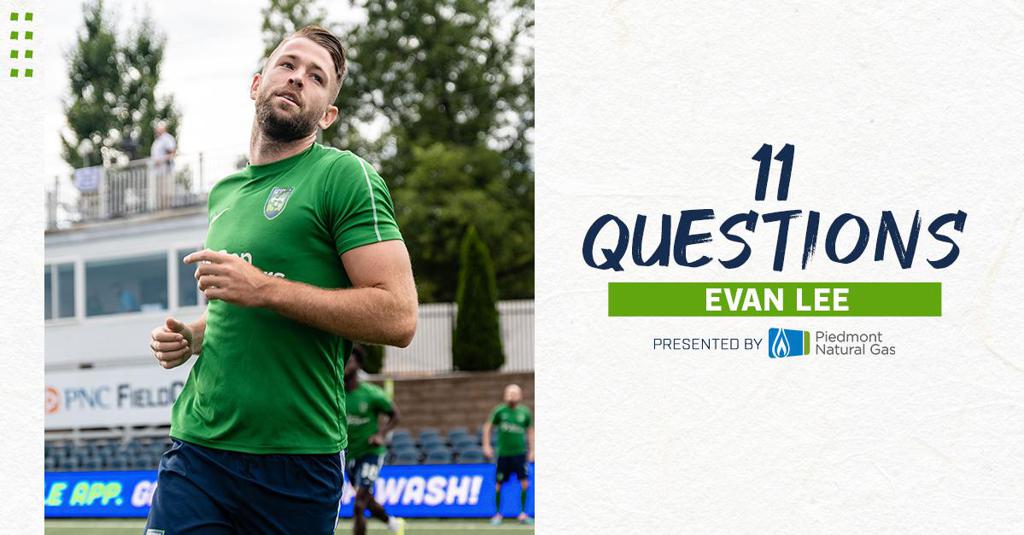 This week, I'm joined by veteran central defender, Evan Lee. Evan is a native Ohio and one of the handful of players on Triumph SC's current roster who have FC Cincinnati ties. That's where Evan spent his 2016 rookie season, before heading to then USL Championship side Richmond Kickers for two seasons. Evan was a key player during Greenville's inaugural championship run. He logged over 2,500 minutes on the field while recording 24 interceptions, 84 clearances and one assist.

Sports, any and all. Sports have been my life ever since I was young. I never really watched many of the TV shows that kids are supposed to watch. Instead it was football games, basketball, soccer and baseball.

Did you play sports other than soccer growing up?

I played baseball when I was younger, but I played basketball seriously throughout.

I like to go on drives into the mountains. Mountains are definitely my favorite landscape. Since we can't go hiking really, driving is the best way to see the world.

In general, family Thanksgiving meals. The food is all homemade, but more importantly, the company makes it all taste better. We'll always have ham, turkey, green beans and potatoes, cornbread, stuffing and some kind of dessert.

Important question: Do you or do you not put cranberry sauce on your stuffing/dressing?

No cranberry sauce for me.

I am in bed by 9pm every night except game nights. So after a game, I will crush some pizza. If I'm feeling really wild, I'll get a milkshake from somewhere. Doesn't matter where from.

My go-to flavor is a simple chocolate shake.

I always knew that one human year was seven dog years but it blew my mind to realize that one hour to me is also like seven hours to my dog. It explains why Murphy is so happy to see me when I come home from practice. Him not exercising or going to a dog park for just one day is equivalent to me not exercising for seven days. That's wild stuff.

May 19th, 2012 was when Chelsea won the Champions League Final. Drogba scored in overtime and had the winning pen in the shootout.

Probably the Ohio State vs. That Team Up North in 2006. I am a huge Buckeye fan, so watching the top two teams in the country, up to that point, play against each other was awesome. Go Bucks!

Chelsea vs Manchester United at Stamford Bridge. My brother is a massive United fan so it would be a fun trip for us.

Five. You score. You celebrate. Easy.

11. Triumph Club president, Chris Lewis, wanted me to ask you, "If you weren't a professional athlete, what career path would you have pursued?"

I would be a preschool teacher. I worked at a preschool for three years in college, and those was some of my favorite memories.

Next week, I'm speaking with the the head of Soccer Operations, Marcus Siler. What would you like me to ask Marcus?

Marcus has brought this group a surprising amount of positive banter. No one knew he was capable of being such a funny individual. So Marcus, what is something else about you that the team would be pleasantly surprised to know?