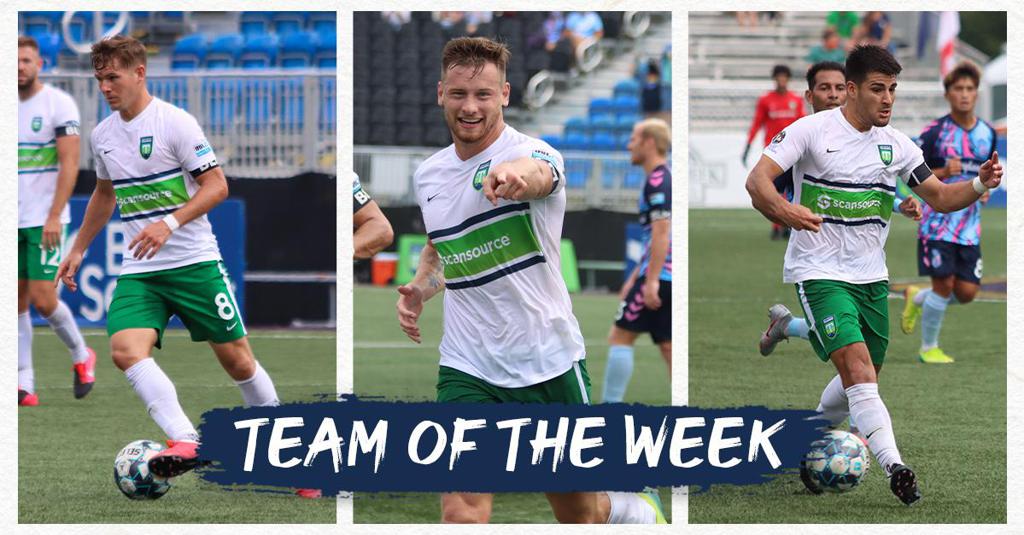 GREENVILLE, SC - After Sunday's 2-0 victory over Forward Madison, three Triumph players earned a spot on the Week 9 USL League One Team of the Week.

D – Cesar Murrillo: Murrillo made three interceptions and five clearances, won 12 of 17 duels and 2 of 3 tackles while also completing 24 of 32 passes in Greenville’s 2-0 victory against Forward Madison FC.

M – Aaron Walker: Walker had one assist, completed 24 of 28 passes overall, made six recoveries and won 2 of 2 tackles to help Greenville earn a 2-0 victory against Forward Madison FC.

The Triumph return to action on Saturday, September 19 as they head to Chattanooga to take on the Red Wolves at 1pm. You can watch the match on ESPN+ and the CW62.