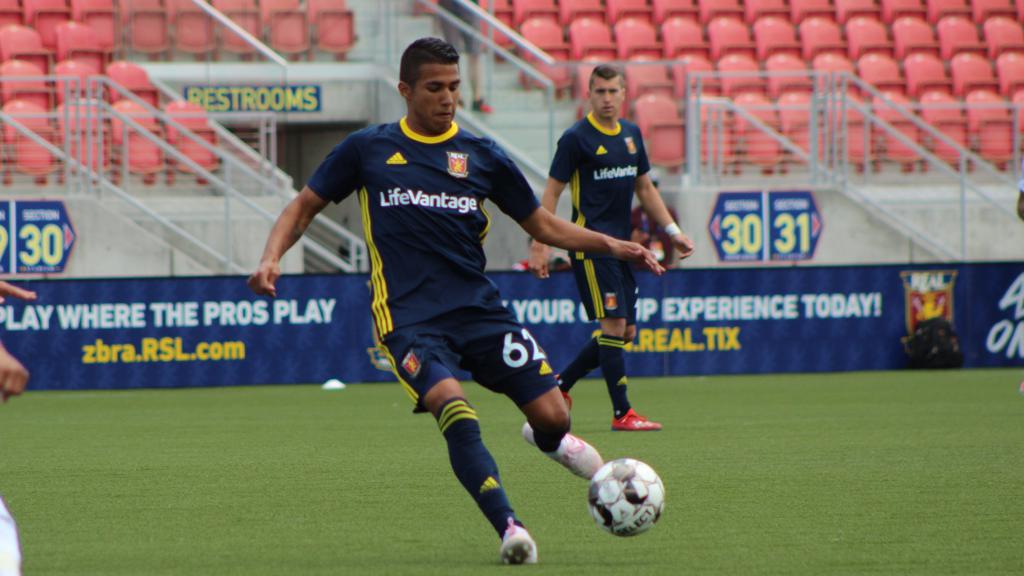 FC Tucson has acquired midfielder Jordan Pena on loan from Real Monarchs SLC of the USL Championship for the remainder of the 2020 season, the clubs announced Tuesday.

Pena earned over 830 minutes across 11 matches during Real Monarchs’ run to the USL Championship Title in 2019. He also appeared in one match for the Title Holders in the 2020 season.

“I am very excited to join this talented group of guys and I am looking forward to being able to play a role in the rest of the team’s success this season,” said Pena. “It’s a huge pleasure to be here in Tucson.”

A native of Utah, Pena joined the Real Salt Lake Academy in 2015 and featured for the club’s U-17 and U-19 sides across four seasons. The midfielder played 22 matches and scored three goals for the Academy before earning his first professional contract with the Monarchs. Pena made his professional debut in a 5-0 win over LA Galaxy II.

“Jordan has just joined us on a season-long loan from [Real Monarchs] and we look forward to getting him integrated with the group,”  said FC Tucson Head Coach John Galas. “We believe he will add quality and depth to our team for the remainder of the year,”

Pena is available for selection ahead of FC Tucson’s match against the New England Revolution II on Wednesday night.