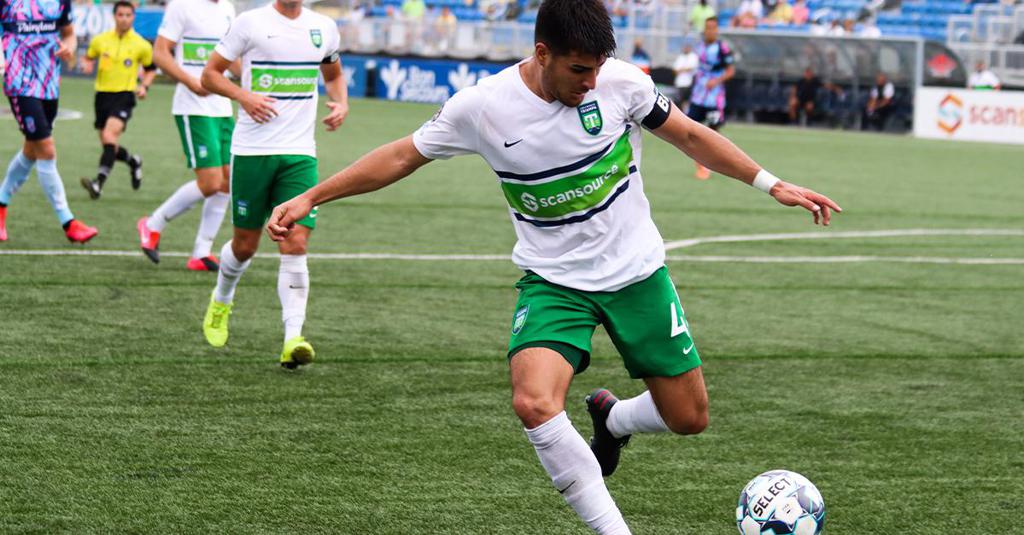 Greenville, SC - After notching a 1-0 victory on the road, Greenville Triumph returns to Legacy for a Friday night match against the defending USL League One Champions. The last time these two sides met was in last season's 2019 League One Final. Despite recording almost double the amount of shots on goal, Greenville's inaugural campaign was ended by a goal from Arturo Rodriguez in the 60th minute.

These are two very different clubs from that of a year ago, both in terms of personnel and current standings. Greenville returned a strong core for its second season and added an extensive list of USL Championship and League One players to the mix. North Texas returned a handful of players including Golden Boot winner Ronald Damus. But a team without Arturo Rodriguez (on loan), the League's MVP and Young Player Award, and several other pieces have struggled to put together a consistent season.

By this point last year, North Texas had claimed their stake in the four-team playoffs with a decent points lead in hand. This season, the team sits near the bottom of the table with only 11 points and a 2-2-5 record. Granted, North Texas has only played nine games as opposed to Greenville's 11, but to put that into perspective, Richmond has played nine games as well with 17 points in hand. Despite the current standings, North Texas is an extremely talented side that is capable of giving any club, even the league-leaders, problems.

2019 History: Greenville first hosted North Texas on May 4th, 2019 and played to a 1-0 loss at Legacy Early College. Fast forward to July 7th, Greenville traveled to Toyota Stadium and held the 9-2-2 side, that had already scored 25 goals, to a 0-0 draw. That 0-0 draw marked the first time North Texas had been shutout. The clubs met for a third time on July 26th when Greenville handed the league-leaders a 4-0 beating at Toyota Stadium -- the first and only loss North Texas suffered at home throughout the entire 2019 season. Greenville and North Texas would meet once more for the 2019 USL League One Final.

Let's start this by stating: North Texas is much better than their current standings (2-2-5, 11 pts, 9th, +1GD). The FC Dallas affiliate enjoyed a fruitful 2019 campaign with 19 total wins, five draws and six losses. They did not concede a goal through two playoff matches and celebrated with a hefty amount of post-season accolades including Coach of the Year (E. Quill), League MVP (A. Rodriguez), Young Player of the Year (A. Rodriguez) and the Golden Boot winner (R. Damus).

The defending league champs are missing two of its key offensive pieces from last year in Rodriguez and Ricardo Pepi. Rodriguez is on loan to the Real Monarchs of USL Championship and Pepi is currently playing with the first team. Losing two players of that caliber is tough, but it hasn't slowed the NTSC attack. In fact, Union Omaha is the only team to have a recorded shutout against NTSC this season. Going further, North Texas has scored multiple goals in six of nine matches played. Ronald Damus, the 2019 Golden Boot Winner, has three goals and two assists through nine appearances. The 2020 version of North Texas is led by FC Dallas Academy forward, Benjamin Redzic who boasts three goals through just eight appearances.

What to watch for

Speed: North Texas is very fast in the attack both in pure physicality and with the ball at their feet. Coach John Harkes has stated this may be the fastest attacking side in all of League One.

Space In Behind: Some of NTSC's defensive players can get caught quite high in position which can offer wingers like Alex Morrell and Omar Mohammed with a load of exploitable space. Greenville is a very productive team on the offensive front when attacking from the flanks. Alex Morrell is tied for first in the league with four assists and is second in overall chances created (20). With this space available to possibly get in behind North Texas, it will just as important for Greenville to push numbers forward into the box.

Momentum: Last weekend's match against Chattanooga was extremely physical with several players booked early. Yet, the league-leaders proved yet again why they've had sole possession of the top spot. In the face of adversity, this Triumph side only sees another opportunity. Grinding through a tough 1-0 victory, on the road, against a team nipping at your heels, is a massive accomplishment and exactly the momentum push Greenville needed heading into its' stretch run.

Team of the Week: Two Triumph players were named to League One's Team of the Week (Week 10) after a 1-0 victory at CHI Stadium. Defender Brandon Fricke, along with the partnering central defender Evan Lee, were both instrumental in Greenville's 7th clean sheet on Saturday. Fricke, appearing on Team of the Week for the first time this season, won 4 of 4 duels and 2 of 2 aerial duels while completing 38 of 43 passes. Man of the Match Noah Pilato scored the late game-winning goal to cap a performance that saw him complete 26 of 31 passes and win 6 of 9 duels.

Injury Report: The Triumph continue to be without defender Abdi Mohamed as he recovers from a foot injury, while defender Harri Hawkins (knee) and midfielder Carlos Gomez (shoulder) recover from surgeries. Midfielder Max Hemmings continues to participate in full training as he hears a return from his 2019 ACL injury.

Standings: For eleven straight weeks, the Triumph have held the top spot in the league with 25 points through 11 games played. After beating Omaha, Chattanooga made the playoff cut last week with 18 points through 10 games played. Chattanooga and Greenville faced off in a top-two matchup where CRW fell 1-0 at home to the league-leaders. However, Omaha lost 2-0 to NEII so Chattanooga maintains their spot for another week with 18 points through 11 games played. Richmond is also staying tight to the playoff cut after their 2-0 win over Fort Lauderdale CF. The Kickers have the most potential in this race to match the Triumph due to only having played nine games so far and still totaling 17 points. Richmond and Omaha (who has dropped to fourth overall) will face off this weekend in a game with huge playoff implications.

Club News: A few weeks ago, the Triumph also released a statement regarding societal issues and unity. You can read the club's statement by clicking here. In case you missed it, Marion Cole caught up with former Atlanta United GK Paul Christensen in last week's 11 Questions. You can read it here.

The Triumph are down to their final five matches of the regular season including Friday's home match vs NTSC. The team returns to Legacy Early College for a second week in a row when Orlando City B comes to town for another Friday night match on October 2nd at 7pm. You can buy tickets here.

Item of the Week: All Triumph headwear is currently on sale! Click here to shop.