Triumph remain undefeated at home with 2-0 win over Orlando 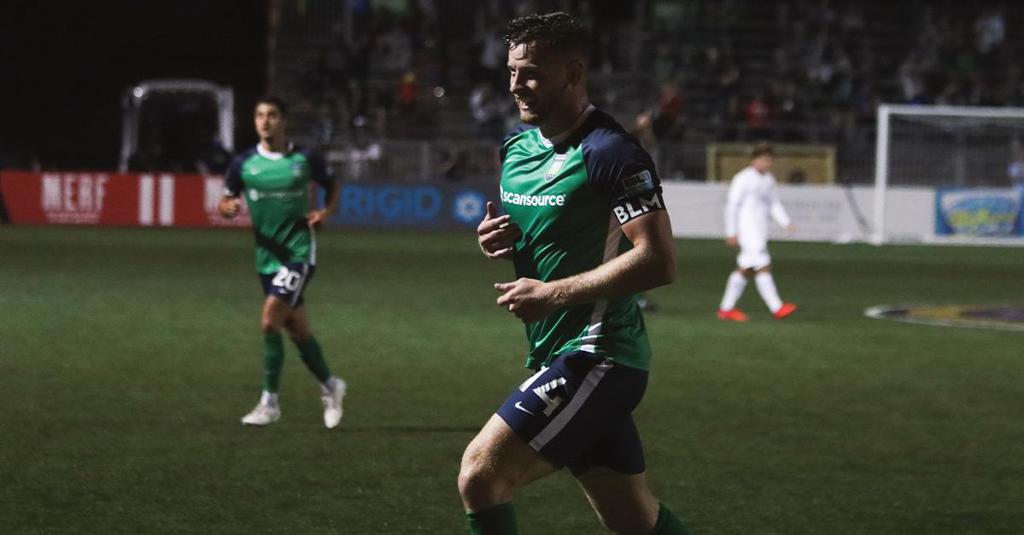 Greenville, SC - Highlighted by a pair of second half goals, the Greenville Triumph collected another three points at their home field in the team's first meeting with Orlando City B, downing the Florida side 2-0.

The player-imposed high press was implemented once again by the Triumph after a successful go of it against North Texas last weekend. With 15 minutes under the belt, Greenville started turning on heat, taking a staggering 20 shots through the first half. While Greenville was able to dominant the run of play, largely due to their ability to clog spaces defensively, the league-leaders struggled to remain patient enough in the final third. Nine of Greenville's 20 first-half shots were blocked by OCB defenders and only three shots were on target as the Triumph left scoreless after the first 47 minutes.

Greenville played brilliantly through the first 30 minutes of the second half, tightening up their attempts in the final third. The tie was broken by way of Lachlan McLean, who struck first for the Triumph in the 65th minute. McLean hit a left-footed strike in traffic after connecting with Alex Morrell to find himself just inside the 18-yard box with three OCB defenders to beat. The class finish was McLean's fourth goal of the season.

Shortly after, Morrell, who had caused nothing but problems for OCB all night, was finally rewarded with a goal of his own in the 69th minute after finding a pocket of space between the OCB defenders that saw one prep touch into a smooth back post finish for his second goal of the season. Morrell, who's up for League One's August Player of the Month, extends his lead as the league's assist leader with six.

The two second-half goals were enough for the Triumph to extend its reign at the top of the table with another win that leaves the Upstate side undefeated with only one more home match to host this season. The Triumph travel to FC Tucson for a Saturday night match to be aired at ESPN+ at 10:30pm ET. Greenville can clinch a spot in the League One Final before taking the field again, with the club just needing Forward Madison to drop points in Tucson tomorrow evening.