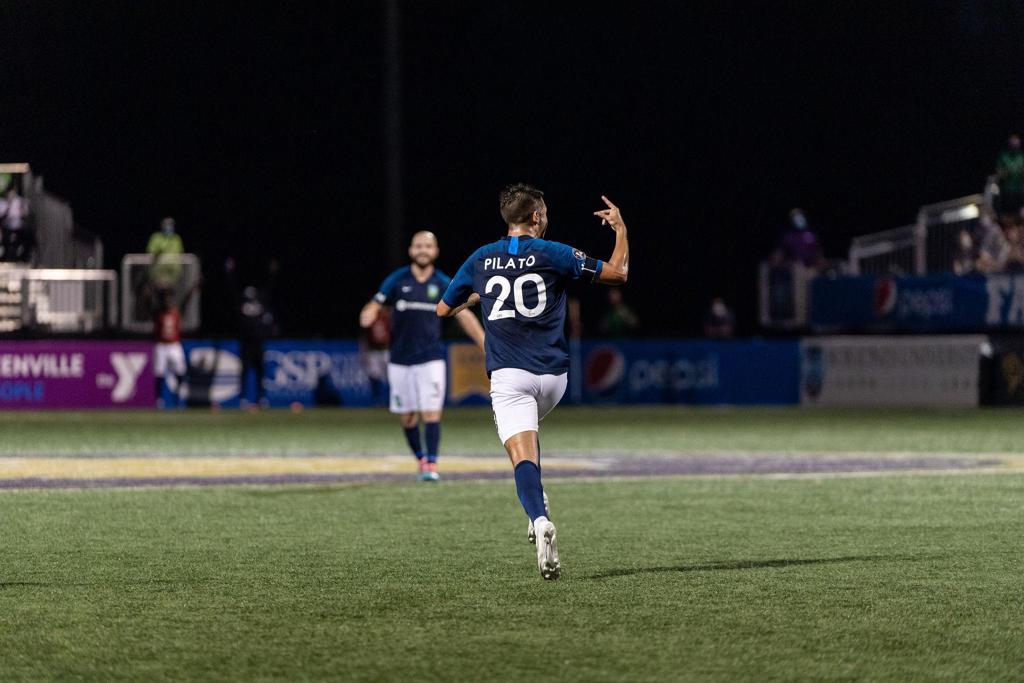 Greenville, SC (October 3, 2020) – Fresh off a convincing 2-0 home win Friday against Orlando City B, a busy Saturday of action around USL League One saw the league-leading Greenville Triumph clinch a place in the League One Final following a 0-0 draw between Forward Madison and FC Tucson in Wauwatosa, Wisconsin. Greenville becomes the first team to appear in back-to-back League One Finals, falling 1-0 in the inaugural Final last year on the road against North Texas SC in Frisco.

With the 2020 season shortened due to COVID, the playoff format is a single match between the top two teams in the standings, to be played at the home stadium of the higher seed. The match will be played on October 30th at 8:00 pm, and will be broadcast on ESPN Deportes, ESPN+ and Sirius XM FC and locally on the CW62!