McLean and Triumph Rally for 2-2 Draw in Tucson 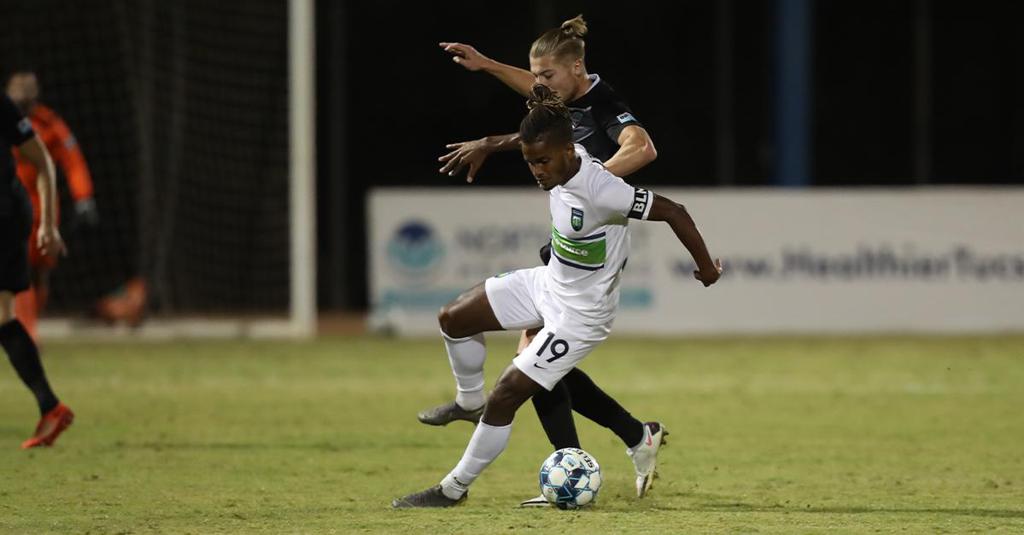 Tucson, AZ (October 10, 2020) - A stoppage time header from Lachlan McLean earned the Greenville Triumph a 2-2 draw with FC Tucson in a match that ended the playoff hopes of the home side while bringing Greenville's goal of hosting the USL League One Final one point closer. The draw capped off a big points night for the Triumph, as the result coupled with Richmond's 2-1 loss at North Texas dropped Greenville's magic number for hosting the Final to one point.

Despite a chippy first 15 minutes, Greenville broke through quickly when Omar Mohamed connected with McLean on a beautiful service from the left flank. McLean timed his run perfectly and finished first-time to put Greenville up 1-0 with 30 minutes still left to play in the first half.

While Greenville controlled much of the half, Tucson found their footing through the last 20 minutes and were able to equalize at one after a header found the back of the net, marking the first time Greenville conceded a goal since September 4th against South Georgia.

In what was a dream second-half start for FC Tucson and an uncharacteristic turnover from the Greenville backline, Ramos Godoy was able to intercept a soft back pass to goalkeeper Dallas Jaye to put Tucson up 2-1, which was the first time this season Greenville has fallen behind after scoring first (previously 10-0-0).

As Tucson continued to push for another goal against the league-leading Greenville side, the Triumph found a well-executed moment of transition between Jaye, Alex Morrell and Omar Mohamed that resulted in a Morrell shot just wide of the goal.

Tucson continued to attack the Greenville backline in search of an insurance goal, but it was the Triumph who were able to find the lucky bounces in stoppage time when Lachlan McLean headed in a loose ball to even the game once again. Continuing to prove himself as the Golden Glove winner, Dallas Jaye came up big multiple times in the second half to keep Tucson from netting a third goal. McLean now leads the team in goals with six, as well as in points with 14 (6G, 2A).

Greenville needs a single point across their final two matches to clinch hosting, or for Richmond to draw or lose any of their remaining three contests. Richmond could only steal home field away by winning out, seeing Greenville lose out and then making up a double-digit goal differential deficit to the Triumph.

Greenville will return to the Upstate for their last home match of the regular season on Sunday, October 18th at 3:00 pm. The Triumph will host Union Omaha and will be giving away 1,000 Dallas Jaye Bobbleheads to commemorate the keeper's stellar 2019 season as he looks to win the Golden Glove and Best GK awards for a second straight season. The match will be broadcast locally on The CW62 as well as ESPN+.