Greenville will return home for USL League One Final on Oct. 30th 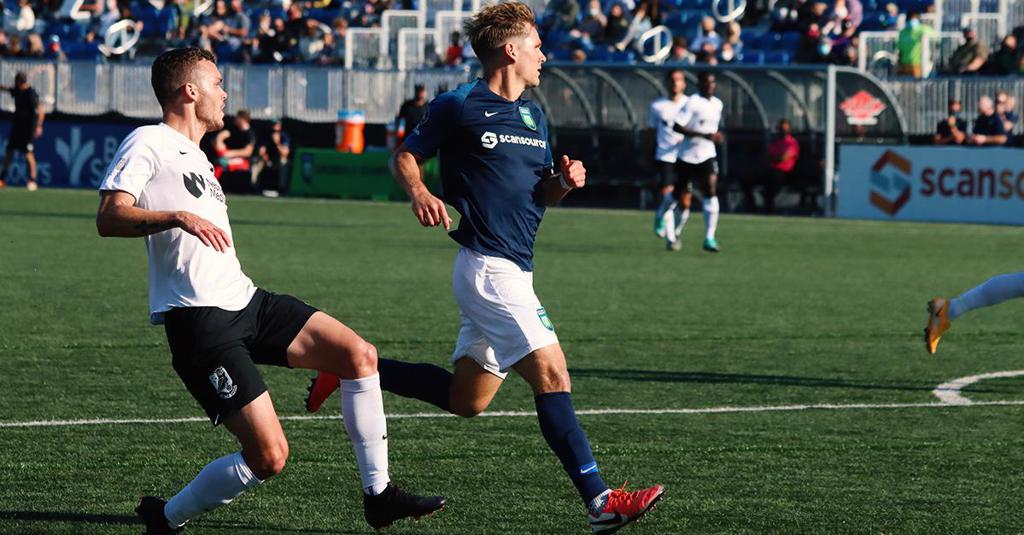 Greenville, SC - The Greenville Triumph saw their win streak snapped 2-1 by first-year side Union Omaha in a scrappy Sunday afternoon match at Legacy Early College. With three points earned, The Owls remain in pursuit of a trip to the USL League One Final, while Greenville has already clinched their berth and home field advantage.

In the weekend's top match, a do or die for Omaha, The Owls struck first in the 19th minute off a wonder strike from Christian Molina. Until the first half hydration break, Greenville struggled to find their footing in the attacking third. Once the Triumph started to attack the flanks with more conviction, pushing for equalizer. With 10 minutes left before heading into the locker rooms, Greenville found its' lone goal of the match from yet another class finish from September's Goal of the Month winner, Noah Pilato.

Though Greenville ended the first half in strong form, the Union Omaha attack continued pressing forward to fight for their first-year playoff hopes and struck once again in the 67th minute. The strike off the left peg of Evan Conway, who found the back post past an outstretched Dallas Jaye. Despite eight added minutes of stoppage time, the top-seeded Greenville Triumph could not find the back of the net in the second half.

As Triumph SC prepares for their final regular season match at Orlando on October 24th, the club has also announced ticket sale information for the October 30 L1 Final. Beginning Monday, current Triumph Season Ticket Members will be granted an exclusive 48-hour window to purchase tickets to the League One Final before they go on sale to the public on Wednesday. STM's will receive an email Monday morning with a code to purchase tickets.

Prospective Season Ticket Members have the opportunity to get free tickets to the championship match by placing a non-refundable new season deposit for 2021. Purchasers will receive one League One Final ticket for each new 2021 seat purchased up to four while supplies last. Deposits can be placed by clicking here, and full information on pricing and benefits can be found here.

Public sale will begin Wednesday, October 21, with tickets starting at only $10. Gates for the 8:00 pm match will open early at 6:30 pm with pre-game music from DJ Sha and an extended Happy Hour with dollar drink specials until 8:00 pm.