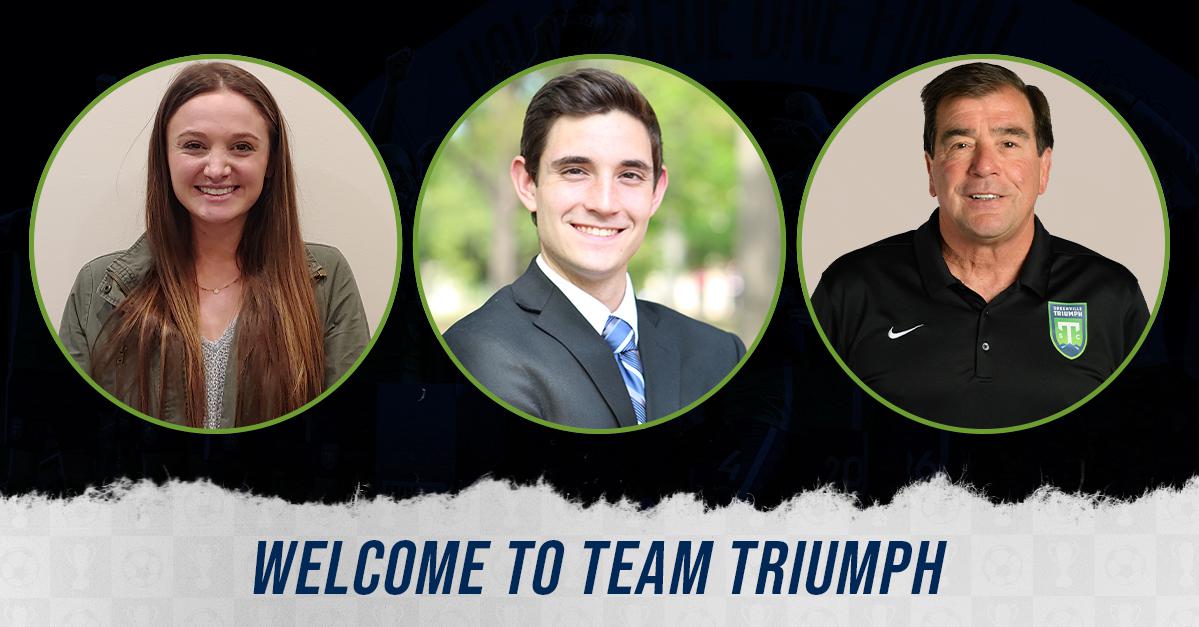 The front office team expansion comes on the heels of news that the club solidified the leadership of its technical staff with the signing of a two-year contract extension with Head Coach & Sporting Director John Harkes, expanded its investment in the Upstate business community with the opening of its brick-and-mortar retail store and team headquarters in Downtown Greenville, and that it continues to explore opportunities for the potential development of a new stadium.

As the Director of Technical Alliances and Community Development, Wright continues to cultivate relationships within the local soccer community including college and high school programs, as well as developing, implementing, and activating the club’s youth soccer strategy and programming. Wright has been involved with South Carolina soccer since 1976. He helped start Anderson University’s soccer program and was its head coach before serving in the same role at Erskine College, leading both teams to multiple conference titles. As a player, Wright made appearances for the Bermuda and U.S. National teams, including an appearance with the United States team at the 1976 Olympic Games.

As Partnership Marketing and Community Development Coordinator, Greenville native Rachele Manfre facilitates corporate partner fulfillment, develops initiatives around Triumph youth soccer camps and clinics, and assists in operations and presentation for the club on match days. She previously interned with the club in 2019 and 2020 and was a soccer-focused strength and conditioning coach with Greenville-based 11:11 Training. Manfre played her youth soccer with the Carolina Elite Soccer Academy (CESA) and was a member of Clemson’s conference championship women’s soccer team in 2017. She transferred to Eastern Kentucky University where she completed her collegiate soccer career and earned her bachelor’s degree.

As Ticket Account Executive, Livesay identifies new business opportunities, generates leads and sells new season packages, group outings and hospitality packages, and specialty ticket products. He also manages existing season ticket member accounts and renewals. Prior to his new role Livesay, was a sales development representative for the Miami Dolphins. He is a graduate of the University of South Carolina.

“The Greenville Triumph is committed to being an asset to the Upstate,” said Club president, Chris Lewis. “By bolstering what our already amazing front office staff achieves with the talents that Rick, Rachele and Patrick possess, we are better positioned to continue to pursue the vision and ambitious goals of our ownership group and our Club and positively impact our community.”

The team’s 2021 season is expected to begin in late April or early May, and will return to the 28-match format from the 2019 season. See the rest of the Triumph front office here.