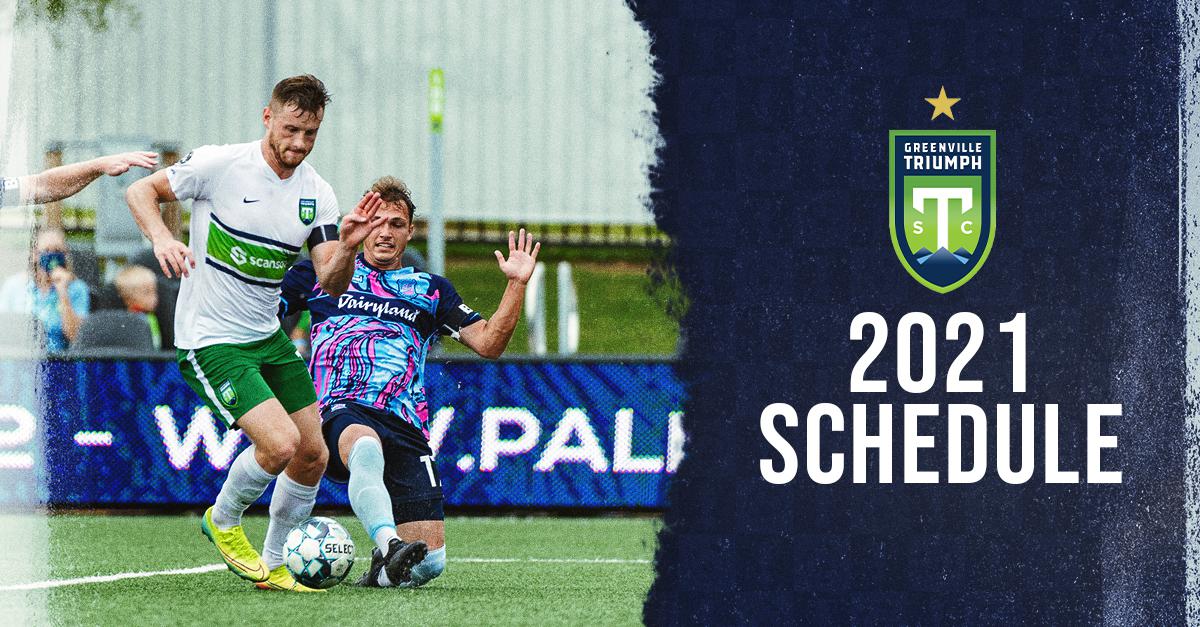 Greenville, SC – USL League One announced today its full schedule for the 2021 season, which will see each of the league’s 12 teams play 28 matches over 29 weeks for a place in the 2021 League One Playoffs in November.

Greenville Triumph SC plays its first match as the defending title-winners against the Richmond Kickers at City Stadium on Saturday, April 24. During the league's first full month of action, Greenville will host a matchup between the league’s first two title-winners when North Texas comes to Triumph Stadium on May 1. The following weekend, North Carolina FC will host Greenville in their inaugural match as a member of League One. In a highlight match during the busy month of May, Greenville welcomes Union Omaha to the Upstate in a battle of the top two clubs from the 2020 season.

June and July are highlighted with the club's return to Gillette Stadium on July 4, where New England Revolution II handed GTSC its first of only three losses during the 2020 season. Greenville will close July with its first match against Toronto FC II since the 2019 season.

Before ending the 2021 regular season on the road against North Carolina FC, the defending champions will host a three-match home stretch in September against Toronto FC II, Chattanooga and Tucson.

The 168-game regular season slate will accumulate into a six-team playoff table in November. Every match of the 2021 season can be viewed in the United States on ESPN+ with international streaming available on YouTube. For the Triumph's full schedule, click here.

Tickets for the May 1 home opener can be secured by purchasing the Champions Ticket Package, which includes 2020 Champions hats and Triumph scarves. Single-match tickets will be available for purchase starting April 5 at 10:00 AM.