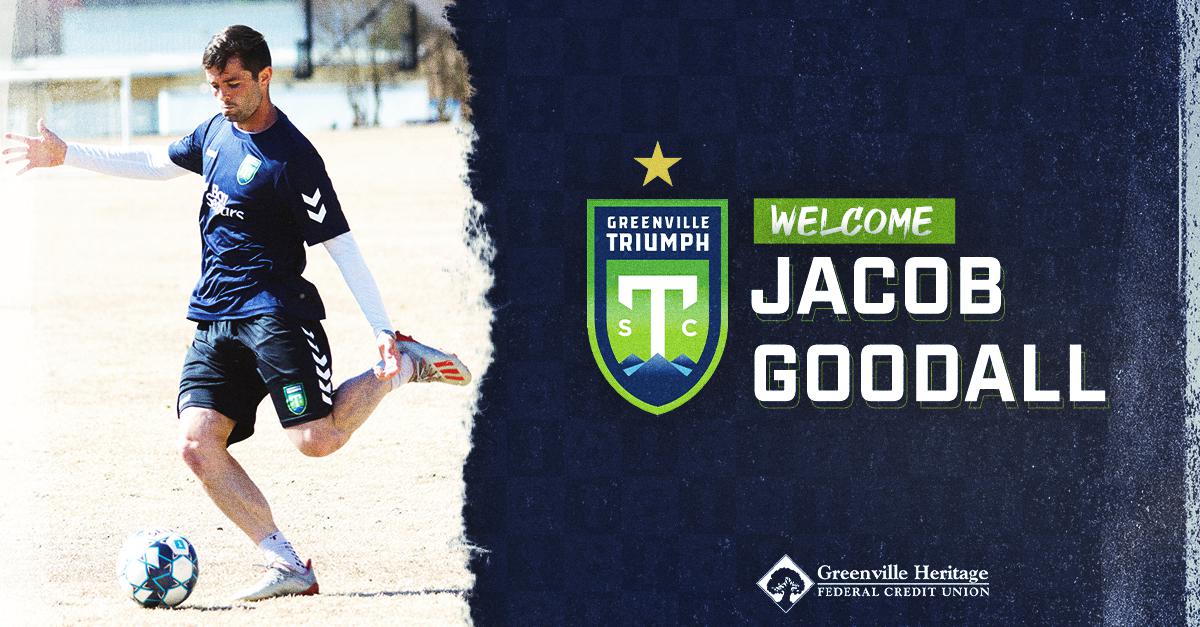 Goodall comes to the Triumph after spending five seasons with Xavier University. His collegiate career began in 2015, with Goodall appearing in 15 total matches during his freshman and sophomore campaigns. Throughout his final three seasons with the Muskateers, including a redshirt senior season in 2018, Goodall appeared in 55 matches with 47 starts and logged 4,703 minutes. He posted a team-high eight assists in 2017 and helped the Xavier defense to six shutouts in 2018. Goodall also tallied three goals for the Big East powerhouse.

"We are excited to welcome Jacob to the Greenville Triumph," said head coach John Harkes. "He's a left-sided, versatile player that can play as a fullback or left midfielder. He has good technique with tough defensive qualities and an engine to get up and down the flanks. Jacob also fits in extremely well with our culture and brings great character to our group."

Since his time at Xavier, the Brandon, Florida native has served as a coach for the privately held company, Coerver Coaching - UAE. He has been in camp with the Triumph since the team began training in March.

Goodall joins a robust group of players including 14 returners from the 2020 season and new signings Marios Lomis and Don Smart. For the team's full roster, click here.

The Greenville Triumph Soccer Club unveiled its full 2021 schedule earlier this week and will host North Texas on May 1 for the club's first home match of the 2020 season. Single match tickets will be available for purchase beginning April 5 at 10:00 AM. Tickets for the May 1 home opener can be secured by purchasing the Champions Ticket Package, which includes 2020 Champions hats and Triumph scarves.

About Greenville Heritage Federal Credit Union: Triumph offseason roster moves are brought to you by Greenville Heritage Federal Credit Union. Higher deposit rates, lower loan rates, and cash back rewards are just a few of the ways they put money back in their members' wallets. You can receive a FREE Box of checks or custom debit card when you open a new checking account and $100 Cash Back on consumer loans of $10,000 or more!