Checkerboard-patterned green kit to be worn primarily at home 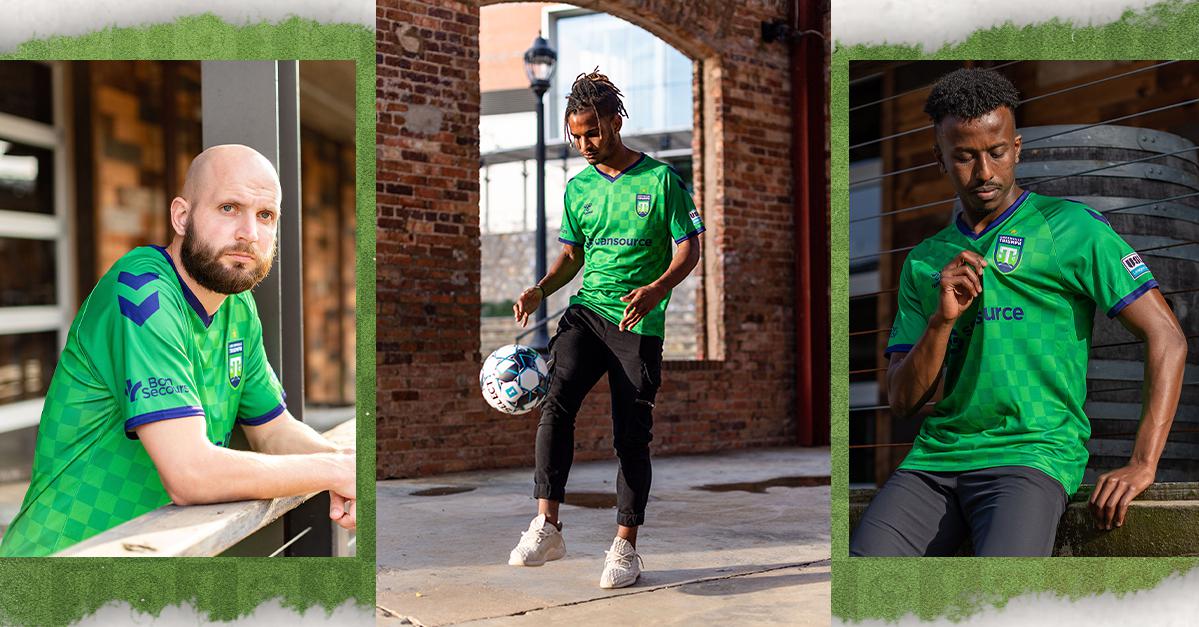 The green kit, trimmed in navy blue, features a subtle checkerboard pattern in Triumph colors on the front and back of the body. As it also appeared on the secondary top, the Triumph crest is topped with a gold star representing the club's 2020 League One Title. The kit also features logos of GTSC Signature Partners ScanSource and Bon Secours, both in navy. hummel's trademark sleeve chevrons appear in navy blue, accenting the top's blue cuffs and neckline. Like the secondary kit, the back of the primary top features the Triumph's "mountains and rivers" logo from the club's crest.

"With the release of our green kit, we now have two great designs that we think our fans and supporters will love," said Triumph Chief Brand Officer Doug Erwin. "The checkered pattern was something we'd been looking to integrate for a while, as it was a look many of our fans had been clamoring for. Our partners at hummel did a great job of bringing this to life, and we can't wait to see it on the field May 1." 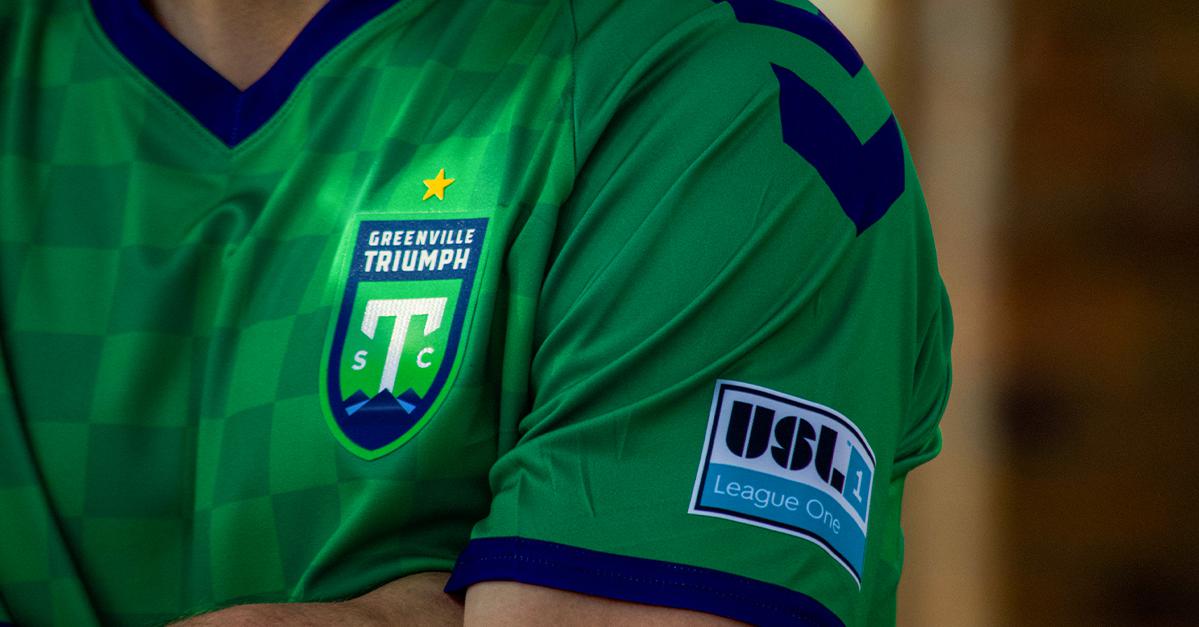 The club will sell two versions of its kits this season: a replica-style top that features a thin, heat transfer Triumph crest and retails at $69.99, and an authentic top with a textured Triumph crest and USL League One patch on the left sleeve. The authentic top, which will also be worn in match play by Triumph players, will retail for $84.99. Both the authentic and replica kits are unisex. A youth replica kit will also be sold, retailing at $69.99.

All sizes and styles will be available at the Triumph team store, located on 22 S. Main St. in the heart of downtown Greenville, and via the club's online store.

Greenville's 2021 home opener is now set, with the defending champions welcoming 2019 League One Champions North Texas SC on May 1. Single-match tickets will go on sale soon, but fans can lock in their seats for May 1 now by calling the Triumph office at (864) 203-0565 and purchasing season tickets via a Triumph sales representative.