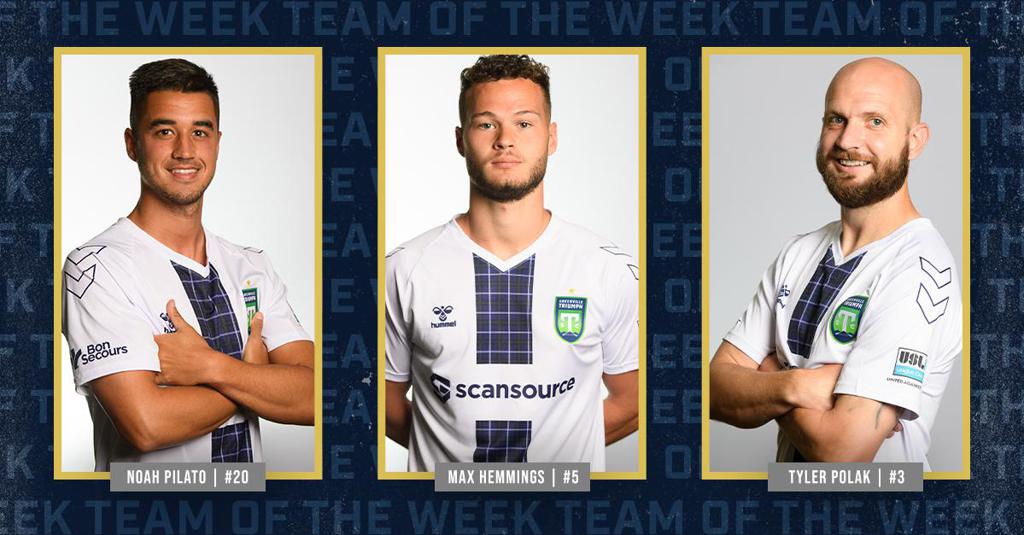 Greenville, SC - Three Triumph players were named to USL League One's Team of the Week for Week 3 following the club's 1-0 win at Richmond to open their season.  Triumph defenders Max Hemmings and Tyler Polak, as well as midfielder Noah Pilato, earned the honors after holding off Richmond despite playing down a man for more than an entire half of action.

Max Hemmings (D) logged his first start for Greenville since suffering an ACL injury in Richmond two seasons ago. He played a major role in Greenville’s 10-man shutout win and was unlucky not to score on a header in the first half. Hemmings won four duels while completing 84 percent of his passes.

Tyler Polak (D) did well to limit chances for Richmond’s dangerous attackers despite his side being down to 10 men throughout the second half, making two tackles and nine recoveries.

Noah Pilato (M) reprised his do-it-all performances in the center of the park which were so common last season. He was dispossessed zero times during the match, won five duels, and made three interceptions while recording two shots and a key pass.

The Greenville Triumph return to Triumph Stadium to host North Texas SC in a battle of the two previous League One champions for the club's 2021 home opener. The match will include a trophy celebration and presentation ahead of the 7:00pm kickoff and will be broadcast locally on The CW-62 as well as ESPN+.