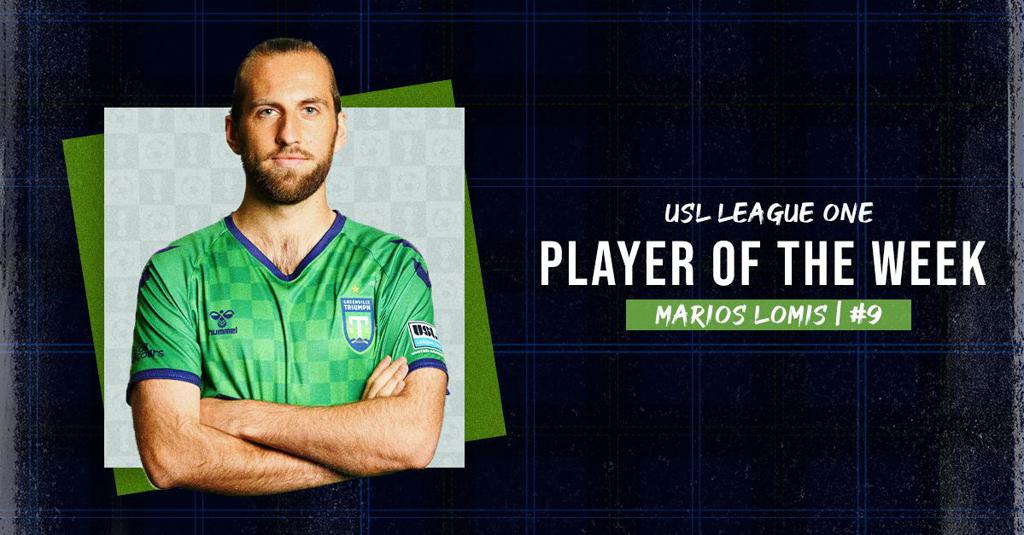 Greenville, SC - Greenville’s dominant performance against North Texas on Saturday vaulted the defending title-winners to the top the table through four weeks of the season, and Greenville leads all clubs with five players represented in this week's Team of the Week. Forward Marios Lomis earned Player of the Week honors after recording a pair of goals on his home debut for the club at Legacy Early College.

The Dutch striker scored Greenville’s first and third goals on the night, fueling Triumph SC to an impressive 4-0 win against North Texas SC. Lomis showed fantastic technique in scoring his opener with a backheel flick, while his second goal was a clever poked finish with the outside of his boot.

Brandon Fricke (D) showed the skills that won him League One’s Defender of the Year award last season, contributing to a shutout performance at the back and providing the assist for Lomis’ opening goal.

Andrew Booth (M) scored Triumph SC’s second goal in some style, and made two tackles while passing at a 77 percent success rate.

Lachlan McLean (F) was back at it on Saturday night registering a goal and an assist, something Triumph SC fans are used to seeing from the Aussie by now. 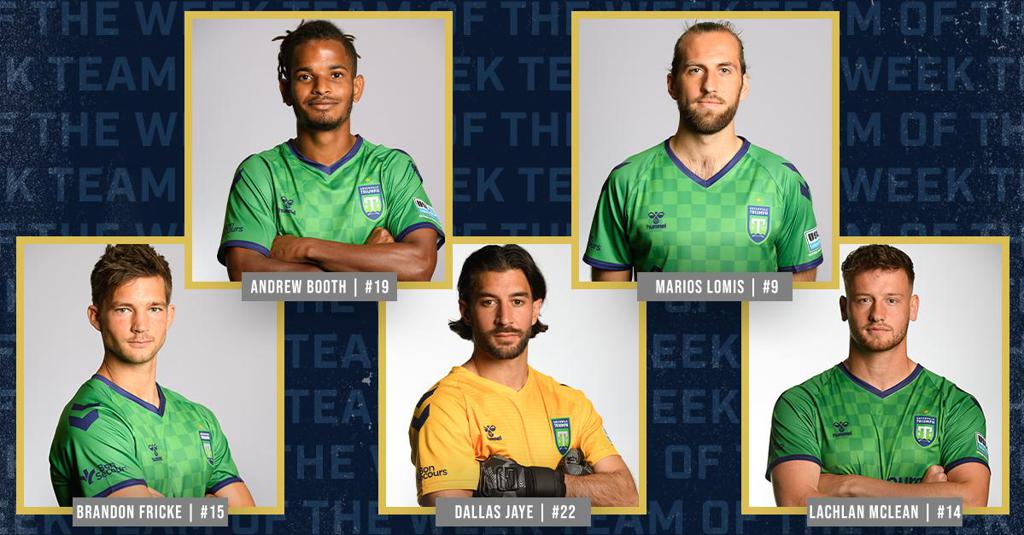 The Greenville Triumph are back in action on Saturday, May 8 before returning to the Upstate on May 16 to host Union Omaha in the first- ever League One national telecast. Both matches will be aired locally on the CW62 with the May 16 match to be broadcast nationally on ESPN2.