McLean, Morrell Selected to Week 5 Team of the Week 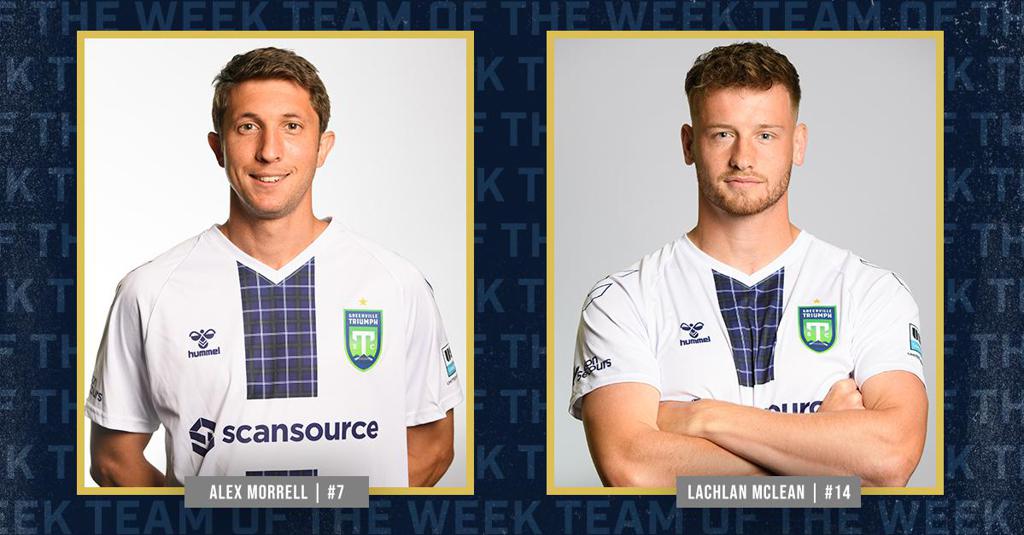 Greenville, SC - The duo that highlighted much of Greenville's attack during the 2020 season has returned for more, as Alex Morrell and Lachlan McLean have been selected to Week 5's Team of the Week. Morrell logged his first start of the season, returning from a hamstring injury, while McLean scored the game winner for Greenville on Saturday night.

Alex Morrell (M) was one of League One’s best playmakers in 2020, and he reprised that role in his first start of 2021, leading all players in Greenville’s win over North Carolina with five chances created.

It's back-to back Team of the Week appearances for Lachlan McLean (F), whose high-quality header was the difference between Greenville and North Carolina FC on Saturday night. The Australian also won eight duels and played one key pass.

Greenville Triumph returns to action on Sunday, May 16 as the host of League One's first ever national telecast. The sold-out 4:00 match will be aired on ESPN2.