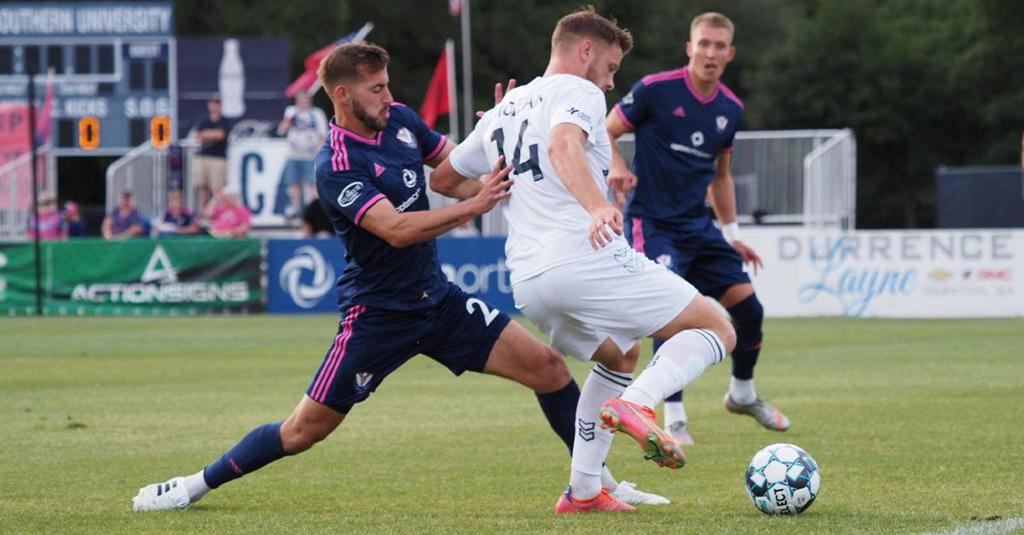 Greenville, SC - A second half goal from forward Marios Lomis proved the difference Saturday night, as the Greenville Triumph remained undefeated through five, taking three points in Statesboro, Georgia against regional rival, South Georgia Tormenta FC. Greenville remains at the top of the League One standings with a 4-0-1 record through seven weeks of League One action.

Both sides struggled to create quality chances throughout the first half despite Greenville controlling the majority of possession, but it was Greenville that broke through in the 71st minute when midfielder Don Smart found an open Marios Lomis on the left wing. Lomis, a player proven to be clinical in front of goal, slotted home his fifth goal of the season to put the Triumph up 1-0 over South Georgia Tormenta. Marios Lomis now leads the league in goals scored with five and leads the Triumph in points with 10.

"What a savy ball by Don Smart," said Triumph head coach John Harkes. "Couple that with a tremendous finish by Marios, and we're up 1-0 on a team that has a lot of weapons. Our defenders did a tremendous job tonight of keeping the ball in front of them, tracking players, and not allowing Tormenta to be dangerous," he continued. "Evan Lee and Brandon Fricke deserve to be our men of the match because of their attention to detail and complete focus for 90 minutes."

The Greenville Triumph return to the pitch on June 13 in the team's second match against North Texas SC.