Smart, Polak, Lomis selected to Week 7 Team of the Week 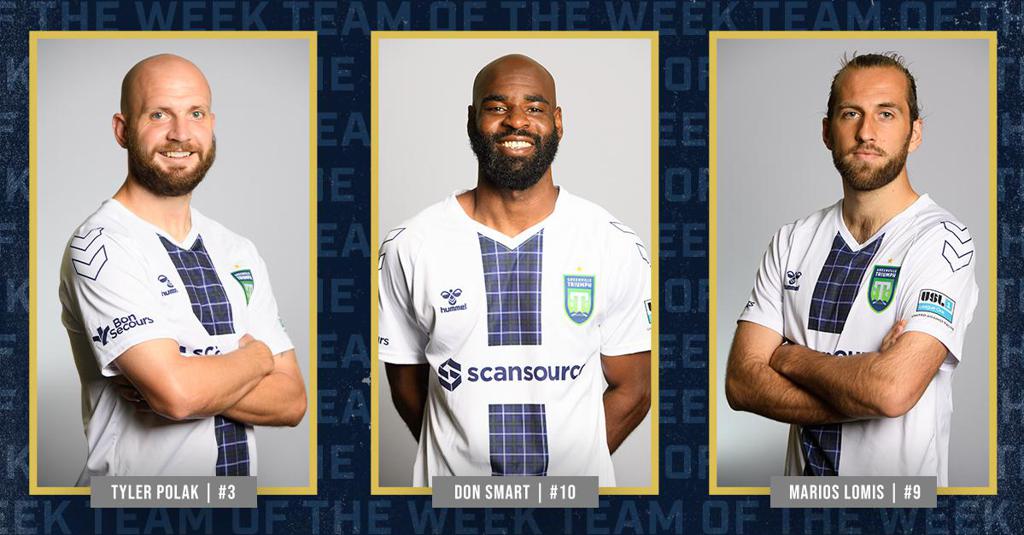 Don Smart (M) proved to be the difference between one point and three. In addition to his assist on Marios Lomis' goal, he created four chances overall, completed two dribbles and passed at an 84 percent success rate.

Marios Lomis (F) came through when it mattered most. The Greenville forward’s terrific curling strike resulted in the game’s only goal and a win for his side. Lomis now leads the league in goals scored with five.