Greenville Battles Back In Gritty 2-1 Win 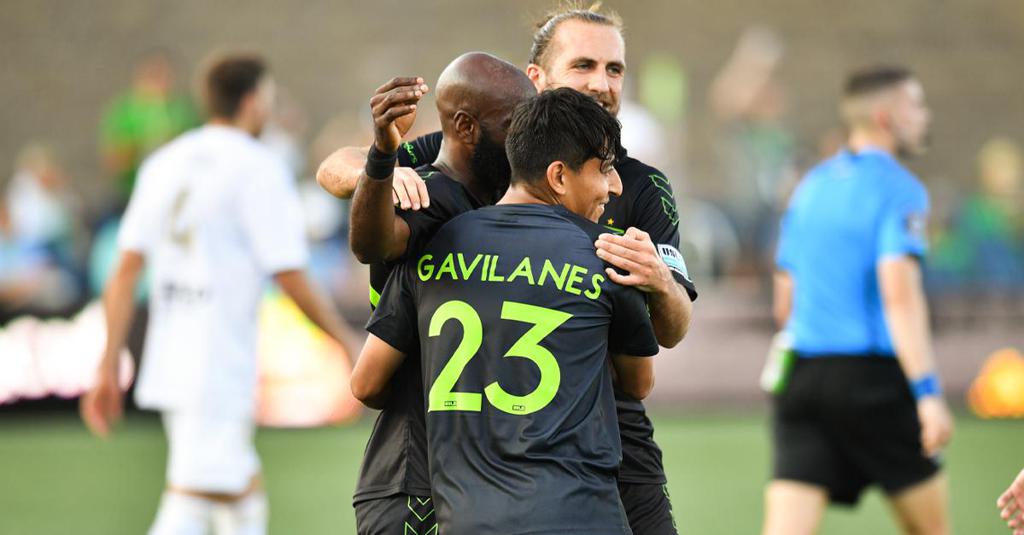 Greenville, SC - The Greenville Triumph battled through adversity to bag a crucial bounce-back win Wednesday night, coming back to secure a 2-1 victory against NCFC despite trailing 1-0 early and going down a man with 25 minutes to play.

It was an exhilarating first 45 minutes of action, starting from the fifth minute when 2020's Goalkeeper of the Year put in another Save of the Week contender. Jaye's massive opening save felt similar to last week's 3-0 loss at North Texas, as did the North Carolina FC goal that followed in the 11th minute of action. The Jay Tee Kamara goal ensued a series of arguments with the officials, as the sideline referee jolted the offside flag in the air only to put it down as the play progressed towards goal.

North Carolina seemingly had all the momentum with the movement up front, especially the delayed run from deeper players, causing problems for the Greenville backline, who were yet again without star center back, Evan Lee.

Greenville did well to contain the pressure from North Carolina early and soon found quality shot opportunities from Smart, Lomis and Allen Gavilanes, who recorded his first professional start along with defender Jacob Goodall. As Greenville continued to fight for the momentum, North Carolina was still finding gaps in the Triumph backline. Battling through the North Carolina attacking runs, the Upstate side continued to show up in the moments that mattered most, including a tremendous effort play by co-captain Tyler Polak who stopped a 1v1 breakaway in the 25th minute.

With just under ten minutes left to go in the first half, Greenville tied things when Don Smart found the back of the net for the first time this season, connecting with a cheeky slip from Marios Lomis who logged his first assist on the year. Greenville continued to knock on the door for a second goal but headed into halftime tied at one.

Although Greenville had seen a slower start to its two previous matches, the Triumph's second half was anything but slow. In the 48th minute, Lomis found his way back on the score sheet on a skilled outside of the foot finish after a creative passing sequence at the top of box.

It was an incredibly physical match from start to finish that the officials struggled to control. After getting into a scuffle early on in the match that led to a yellow card, midfielder Alex Morrell was carded a second time in the 65th and subsequently ejected from the match.

Greenville controlled the entirety of the second half even after going down a man, playing with grit and determination to collect three points at home. The Lomis game-winning finish was enough for the Triumph to collect their fifth win of the season and remain undefeated at home.

The Triumph travel to Erk Russell Park for their third match in just one week as they face South Georgia Tormenta FC on Saturday, June 19 at 8:00pm.

PAPI'S TACOS: WE WIN - YOU WIN

Get free chips and salsa after every Triumph home win! Bring your ticket or wear your Triumph gear and tell them code "Win Papi's" to either Papi's Tacos location (300 River Street, Greenville or 5284 East Calhoun Memorial Highway, Easley) to redeem. Offer is valid until Sunday after each home win.

The week after the Triumph score 2 or more goals at home, fans can bring their match ticket and get 10% off their tab at HapiTab (discount does not include alcohol and is valid for dine-in only).