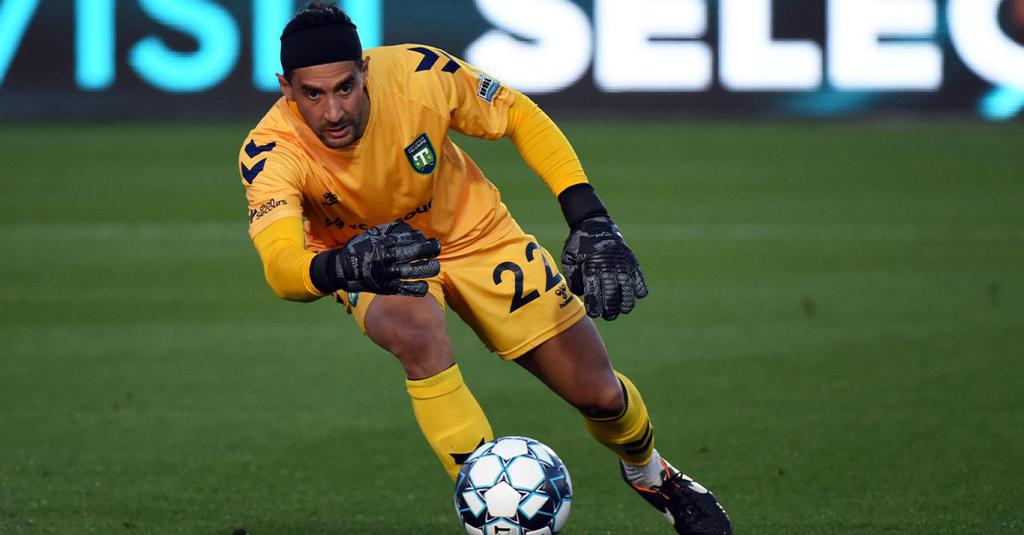 Greenville, SC - The Greenville Triumph will face Forward Madison for the first time this season in a mid-week matchup at Triumph Stadium, presented by hummel USA. Both sides will look to regroup following losses; Forward Madison losing to New England Revolution II 2-0 and Greenville losing to South Georgia Tormenta FC 3-1. Forward Madison will be looking for its first-ever win against the Triumph as Greenville leads the overall series 3W-2D-0L.

The Mingos lineup features two previous Greenville Triumph players in Jake Keegan and Carlos Gomez. Keegan led the Triumph in goals throughout the 2019 season while Gomez led the team in points. Now captain of the Wisconsin side, Keegan is sitting at fourth in the league with four goals.

Forward Madison has yet to win a match against Greenville through the last two seasons and hasn't found three points since May 29 of the 2021 season, defeating Tormenta FC 3-1. The 2-3-2 Mingos sit right below the cutoff line in seventh place with 12 points across eight games played. They boast the second fewest goals conceded across the league with eight compared to Greenville's nine, yet having the second lowest goal conversion rate at 10% compared to Greenville's 14%.

Overcoming Fatigue: Greenville is in the midst of a grueling stretch of matches that began immediately after the club’s three-week layoff. Triumph SC traveled to NTSC Sunday, June 13 (3-0 loss), played a home match Wednesday, June 16 (2-1 win), traveled to Statesboro, Georgia for a match on Saturday, June 19 (3-1 loss) and are now back in the Upstate for their first match against Forward Madison. The club will then travel to Chattanooga for a Saturday, June 26 matchup. Per head coach John Harkes after Saturday's loss to Tormenta FC, "We are depleted, and there are many injuries we’re working through right now. We do have to make better decisions on the field in critical situations, that’s even more important when fatigued. However, we are still in a good place due to our positive start to the season, and we have to pick ourselves up and be ready to go again on Wednesday.” The home crowd will play a big role in the energy available as the Triumph look to get back to clean sheets on Wednesday night.

New Impacts: As mentioned before, five matches across 13 days is heavy. Three of those matches have involved travel -- even heavier. From the start of the season up until this point, Greenville has had the lion's share of its original starting XI suffer injuries. The only players who have played in every game have been Brandon Fricke, Tyler Polak, Max Hemmings and Marios Lomis, although Lomis came into preseason camp rehabbing an ankle injury. However, head coach John Harkes has always believed in the depth of his roster -- not necessarily depth from a numbers perspective although that is critical now, but depth from a skill perspective. Harkes believes that every player he signs can make reasonable impacts on any given match. We've seen several substitutions make immediate impacts on the game including the likes of Andrew Booth, Allen Gavilanes and Jesus Ibarra. Now, some of those faces are playing considerable minutes and will continue to do so throughout this jam-packed stretch of matches.

On the flip side, Forward Madison newcomer Aaron Molloy has found his footing quite well. The deep-lying playmaker adds a high quality presence to The Mingos and has proved instrumental to their attack so far.

League One Standings: With the 3-1 loss to Tormenta FC, Greenville dropped to third place behind Union Omaha and Chattanooga. Both Greenville and Chattanooga have 16 points to Omaha's 18 but Chattanooga has only played seven matches to Greenville's eight. Rounding out the six-team cutoff in order are South Georgia (15), Fort Lauderdale (14) and Richmond (12).

Man of the Hour: Marios Lomis continues to lead the league in goals with seven after scoring in each of Greenville's week 11 matches. Lomis was lone Triumph player featured on Cleer Audio's Team of the Week.

Bon Secours will be on site for every Triumph home match through the end of the season, providing free COVID vaccinations. They are offering Pfizer to fans 12 years of age and older (kids between the ages of 12-17 must have a parent or guardian present).

Those who receive a vaccination at the match will receive one free flex ticket to redeem at a future 2021 match.

The Greenville Triumph take on the Chattanooga Red Wolves for the first time this season on Saturday, June 26 at CHI Memorial Stadium. The Triumph will have its first six-day rest period since May 22 before traveling to Gillete Stadium to face New England Revolution II on Sunday, July 4.