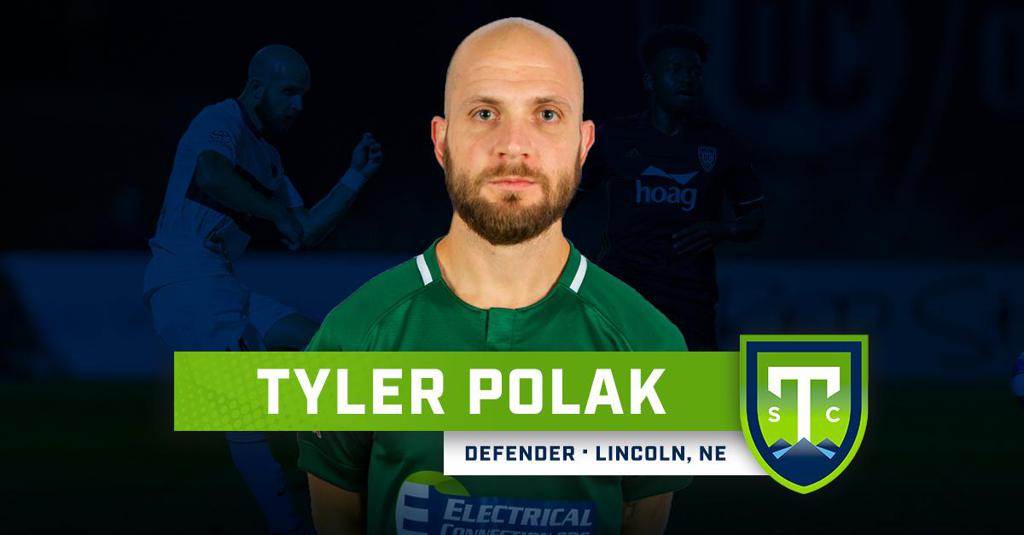 “Tyler brings experience and leadership to our club on and off the field,” said Head Coach and Sporting Director John Harkes, who described Polak as “a very talented attacking left fullback possessing the ability to defend and pass through pressure.” He said the 26-year-old demonstrates high technical ability and times his runs well in the final third.

“Tyler has great character and loves to compete,” Harkes said. “I am happy to work with him again with the Triumph.”

Polak attended Creighton University before being drafted 22nd overall by the New England Revolution at the 2012 MLS SuperDraft. After 13 appearances with the Rochester Rhinos in 2013, he joined Minnesota United of the NASL and made three appearances in the 2014-15 season. Polak signed with Harkes and FC Cincinnati ahead of their first season in 2016 and logged 2,682 minutes during the team’s inaugural campaign in the USL.  The defender moved to Miami FC 2 in 2017 where he helped bring a championship to the NPSL club.

“I’m excited to get to Greenville and start working with Coach Harkes and my teammates, all of whom will be focused on creating something special in this inaugural season of the new league,” Polak said. “I am thrilled for the opportunity and can’t wait to meet the community and make our supporters proud.”

A native of Lincoln, Nebraska, Polak joins the Triumph after spending part of the 2018 season with Saint Louis FC of the USL Championship. Polak had seven starts in as many games played and totaled 630 minutes during his time with the USL club.

“This is a historic moment for our club,” said Chris Lewis, president of the Triumph. “Tyler is just the first of a group of extraordinarily talented players to be introduced in the coming weeks who will bring to life our organization’s dream of fielding a pro soccer team for the fans and supporters in our community.”

The Triumph’s inaugural home game is set for April 6 at Legacy Early College. Get your season tickets to see Tyler play by visiting greenvilletriumph.com/season-tickets.