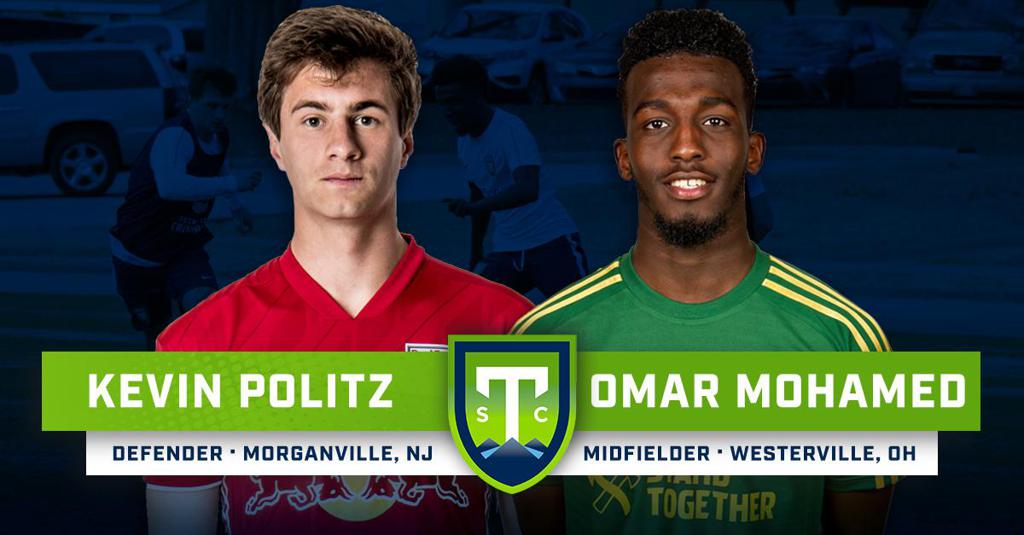 Greenville, SC – Kevin Politz and Omar Mohamed have been signed to the inaugural season roster, pending league and federation approval.

“I am really excited to be a part of the inaugural team in Greenville,” said Politz. “We have a unique opportunity to build something from the ground up. I am looking forward to creating something special in this city.”

Politz joins the Triumph after signing as a homegrown player with the New York Red Bulls in January 2018. The Morganville, N.J. native is a product of the Red Bulls Academy where he won the U.S. Soccer Academy National Championship in 2012 and 2013.

After high school, the defender went on the 71 games over 4 seasons at Wake Forest University. During his time in Winston-Salem, Politz spent time as team captain and earned two all-conference team selections as well as the ACC Defensive Player of the Year award.

After signing with the Red Bulls, Politz spent 2018 playing for their USL affiliate making a total of 21 appearances.

“Kevin is a player that I have monitored for the last few years,” said Head Coach John Harkes. “I have seen his development as a quality center back and a leader out of the back. He possesses great technique, reads the game well, has strength to tackle and has great timing in the air. I’m happy to have him join the Triumph in our inaugural year.”

Midfielder Omar Mohamed, of Westerville, OH, trained with the Columbus Crew Academy prior to spending one year at the junior college level playing 11 games and scoring 6 goals for Jackson College in Jackson, Michigan.

“Omar possesses special 1-on-1 skillsets to take on players and open up the game,” said Harkes. “I love his creativity and imagination and I was able to work with him as a very young player in Cincinnati. He has developed very well, and we will be getting him at a great time for our first season.”

Mohamed and Politz join thirteen other players on the inaugural season roster.

The Triumph’s first home game is set for April 6. Season tickets are available by heading to www.greenvilletriumph.com/season-tickets.